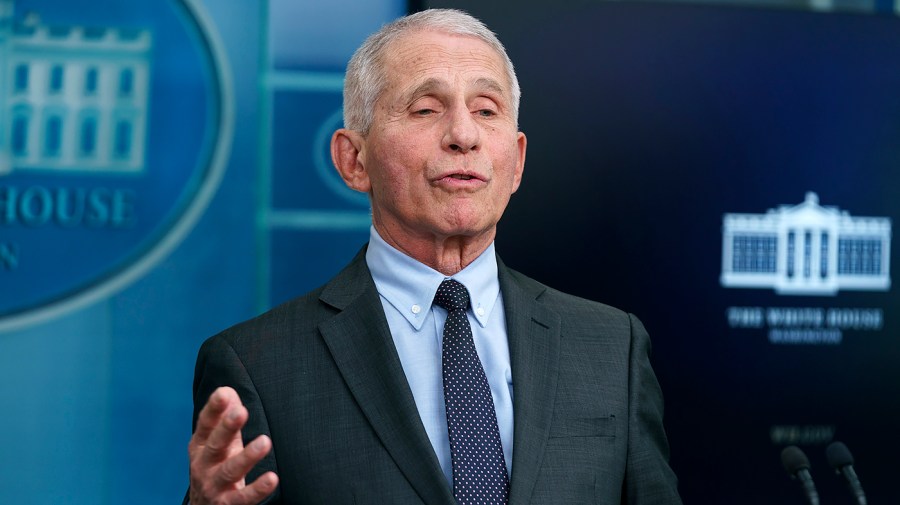 Anthony Fauci, the director of the National Institute of Allergy and Infectious Diseases (NIAID), said in an interview with CNN’s Chris Wallace that he could not be “complicit” with former President Trump about the misinformation he spread while serving as commander in chief amid the COVID-19 pandemic.

Fauci told Wallace in the interview that will air on “Who’s Talking to Chris Wallace” Sunday that Trump clearly was making statements throughout the pandemic not based on scientific fact and data.

He said he was uncomfortable with having to publicly stand up and disagree with the president, but he had to do it.

“I have such a great deal of respect for the office of the presidency that it just made me very uncomfortable, but I had to do it, Chris, because I couldn’t stand there and be complicit in saying hydroxychloroquine works when it doesn’t, you know, bleach works. It doesn’t. The virus is going to go away like magic. It’s not,” he said, referring to false statements Trump made about the virus while serving as president.

Fauci said he recognizes he created a “growing enmity” from Trump and his allies for disagreeing with him, which he said he did not desire.

“But in order to maintain my own scientific and personal integrity, and most importantly, fulfill my responsibility to the American public, I had to do that,” he said.

Fauci has said that he plans to leave his positions leading the NIAID and serving as President Biden’s chief medical adviser at the end of the year to “pursue the next chapter in my career.” He has served every president since Ronald Reagan.