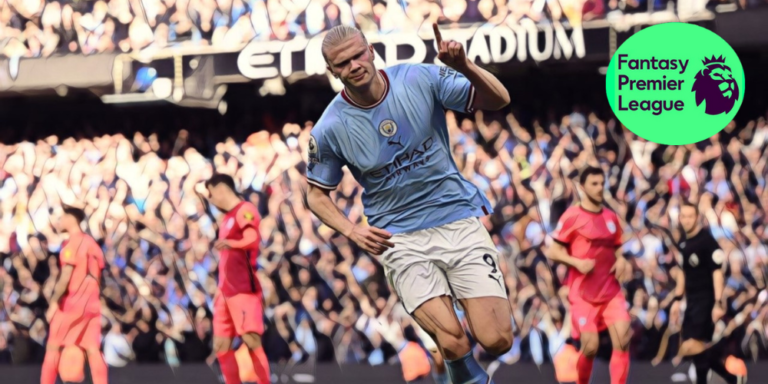 Each week we preview the Premier League action and provide our best advice for Fantasy Premier League, selecting four options we believe should be the leading contenders for your crucial captaincy pick.

Just two more rounds of fixtures remain before the World Cup brings a halt to the season, with Gameweek 15 providing some fascinating clashes. Chelsea take on Arsenal and Spurs host Liverpool, in two clashes which could help shape the top four heading into the break.

Elsewhere Manchester City welcome Fulham to the Etihad, while Manchester United travel to an Aston Villa side who will be under the management of Unai Emery for the first time.

Ahead of Gameweek 15, we look at four of the best captaincy options in Fantasy Premier League.

Fantasy Premier League managers will be keeping a close eye on team news from Manchester City this week, as bosses wait with bated breath for an update on Erling Haaland.

Haaland missed last weekend’s win at Leicester and again sat out City’s Champions League win over Sevilla in midweek. Pep Guardiola has hinted the Norwegian will be ready for the visit of Fulham this weekend, in a meeting between the division’s best attack and worst defence, in terms of expected goals.

Fulham have performed above all expectations this season to sit seventh in the Premier League table, but just three teams – Nottingham Forest, Leicester and Bournemouth – have conceded more goals. The underlying numbers are even worse for Marco Silva’s side, who have the highest expected goals against figure (xGA) in the Premier League this season.

Every angle of @ErlingHaaland's opening goal against Brighton!

Offering up chances of a high quality does not bode well against the champions and Haaland, with the Norwegian goal-machine having plundered 17 league goals from an xG of just 9.9. It’s a staggering overachievement from an elite finisher, who leads the division for Shots on target/90 (2.45) this season.

Haaland has averaged almost two goal involvements per appearance this season, a frightening total that will make him the most popular captain if deemed fit this weekend.

Callum Wilson vs Southampton (A)

Callum Wilson delighted his backers in Gameweek 14, as the Newcastle forward underlined his World Cup credentials with an impressive performance against Aston Villa.

Wilson scored twice in the 4-0 win at St James’ Park, earning the joint-biggest haul of the weekend with 19 points.

The 30-year-old has four goals in his last six league appearances as he pushes for a place in Qatar with England and next takes on a Southampton side who have struggled this season.

Callum Wilson (£7.5m) has been involved in four goals in his
last three games against Southampton at St Mary's (3 goals, 1 assist)

One to consider after his 19-point haul in Gameweek 14?

The Saints have kept just one clean sheet so far this season and have just one win in eight games since August. Wilson also boasts a strong recent record against Southampton, with four goal involvements in his last three appearances at St Mary’s.

Manchester City vs Fulham is a fixture that will be targeted this weekend, with few expecting Pep Guardiola’s side to suffer a setback at the Etihad.

Kevin De Bruyne has found his form around goal in recent weeks, scoring in back-to-back victories over Brighton and Leicester. The Belgium international scored a sublime free-kick in last weekend’s win at the Foxes, his third of the season to go alongside a league-leading nine assists.

He has 12 goal contributions from 12 appearances this season, averaging a goal or assist every 79.5 minutes in the Premier League. He will be raring to go against the Cottagers, who have been dominated in recent meetings between the teams.

City have won the last 12 consecutive encounters between the sides in all competitions, scoring 36 goals in the process.

Leandro Trossard vs Wolves (A)

Leandro Trossard starred as Brighton secured their first win under Roberto De Zerbi last time out, as the Seagulls shone in a 4-1 thrashing of former manager Graham Potter and his Chelsea side.

Trossard struck his seventh league goal of the campaign in the win, just one less than the career-best haul of eight he managed in 2021/22.

Leandro Trossard is the first player in Premier League history to score a manager's first five goals in charge of a club.

The Belgian has been in fine form this season and operated as Brighton’s furthest forward player against Chelsea, where his sharp movement caused constant problems for the visitor’s backline.

This weekend he takes on a Wolves side who are bottom of the Premier League’s form table across the last six games and still without a permanent manager. Wolves are in the relegation places and have just one clean sheet from their last seven fixtures.

The post Fantasy Premier League: Four of the best captains for GW15 first appeared on The Football Faithful.