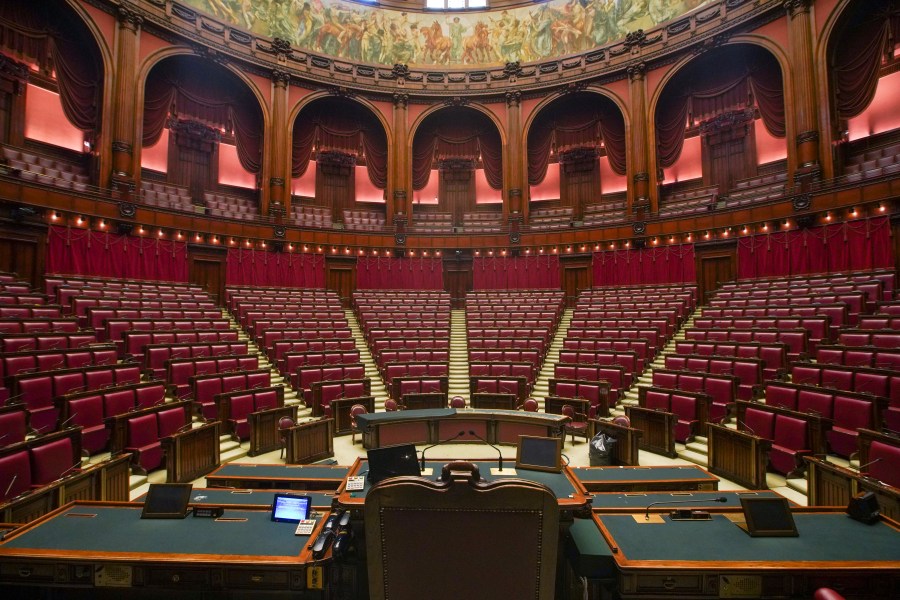 ROME (AP) — With its dozens of “revolving door” governments, Italy might give the impression that carving out new ruling coalitions is quick work.

But the process can take weeks, even months, especially if a new government’s formation is prompted by the premature demise of Parliament. That’s the case now.

On Thursday, when newly elected lawmakers take their seats, the process of giving the country a new government can formally begin.

Giorgia Meloni, who scored a solid victory in the Sept. 25 election, is well-positioned to become the first far-right leader of an Italian government since the end of World War II and the first female premier.

A number of rituals must happen first though.

Italy’s governments require the backing of Parliament. Before a new ruling coalition can be formed, newly elected lawmakers must take their seats in the legislature. According to the constitution, that has to happen within 20 days of an election. On Thursday, both the Senate, Parliament’s upper chamber, and the lower Chamber of Deputies, will formally hold their first session since the election.

This time, there will be fewer lawmakers. Under a reform to streamline the legislature and reduce spending, the new Senate now has 200 members, down from 315. Similarly, the Chamber of Deputies, has 400 instead of 630. Their main order of business is electing each chamber’s president, a process expected to be complete by Friday.

After parliamentary elections, Italy’s president, as head of state, has to task someone with trying to cobble together a government — formally called “conferring a mandate.”

With her main coalition partners – Matteo Salvini’s League and former Premier Silvio Berlusconi’s Forza Italia — Meloni should be able to command a comfortable majority in Parliament.

But before President Sergio Mattarella asks Meloni to see if she can assemble a viable coalition, he is expected — but not obliged — to hold a round of consultations with party leaders, including from the potential opposition in the legislature. Those huddles could take two or three days.

Barring surprises, the presidential Quirinal Palace will announce that Meloni has accepted “with reservation” the task of trying to create a new government.

But that doesn’t mean she has any doubts she’ll succeed — it’s a customary phrase used by the president’s office.

Once tapped, Meloni and her allied leaders will confer — separately or together — on how to divvy up Cabinet posts.

That’s where it can get sticky, as each party jockeys for the most high-profile ministries.

Since Meloni’s party won a bigger share of the votes than Salvini’s and Berlusconi’s forces put together, her campaign allies will have somewhat limited bargaining power.

Once Meloni is confident that she has nailed down a solid Cabinet that will pass Mattarella’s muster, she’ll meet with him to present her list of ministers.

Any disagreement over names is usually dealt with outside of the public eye. But after the 2018 election, Mattarella vetoed the pick of a euroskeptic economist for finance minister. That veto angered the coalition’s populist leaders, but ultimately forced selection of another minister acceptable to the president.

Should Meloni succeed in forming a Cabinet, as journalists wait in a salon of the hilltop Quirinal Palace and a pair of towering, helmeted Corazzieri Carabinieri stand guard, the palace secretary general will emerge and announce that the political leader has “dissolved the reservation” — a formulaic way of saying she has formed a government.

Generally, the premier-to-be then makes a brief statement and reads out the names of the Cabinet ministers.

Then it’s back to the Quirinal Palace — usually the next day — for the new government’s swearing-in ceremony.

The new premier and each minister pledge to be faithful to the republic, to loyally observe its constitution and laws and to exercise their powers “in the exclusive interest of the nation.”

After the oath-taking, the new premier heads a few blocks away to Chigi Palace, the premier’s office, for an official photo.

The outgoing premier hands the incoming one the bell used to open Cabinet meetings. Typically, the protagonists smile for posterity.

But in 2014, as he handed over the bell, outgoing Premier Enrico Letta refused to smile or even look at newly-minted Premier Matteo Renzi, who had ousted him from office through backroom party maneuvers.

Italy’s constitution requires all new governments to face a confidence vote in each chamber of Parliament within 10 days of the Cabinet’s formation. Only then is the government considered to be fully in power.