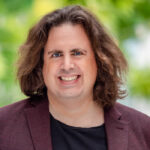 Element AI co-founder Philippe Beaudoin has turned his attention from using artificial intelligence to solve a range of problems to one problem: cutting out the “noise” and “distractions” of the modern internet.

With his new company Waverly, a startup he helped to launch in 2020, Beaudoin has built a content discovery and recommendation platform for professionals.

But Waverly’s goals are more ambitious than curating content for career professionals. Beaudoin hopes the company can change the way people consume content on the internet.

The idea for Waverly began long before Beaudoin helped to create Element AI, which was once seen as one of Canada’s most notable and fastest-growing startups before it was bought by ServiceNow for $230 million USD last year.

“Competing head-on with a Facebook or a TikTok … It’s the opposite of what we’re trying to achieve.

Beaudoin first conceived the need for Waverly in the 2010s while working at Google as a founding engineer of the Chrome machine learning team. The Waverly CEO worked at Google at the same time as American technology ethicist Tristan Harris (of Netflix documentary ‘The Social Dilemma’ fame), who then served as Google’s design ethicist and product philosopher.

“We were actually interacting quite a bit,” Beaudoin told BetaKit. “And … we were both very conscious of the problem, but there was no real solution floating around as to how we fix this.”

The problem that Beaudoin is referring to is the same one laid out by Harris in his Netflix documentary: how algorithms designed by social media companies steer users to, at best, empty calorie content. They are purposely designed to steal away the attention of consumers, and quite effective at influencing and manipulating them.

“At Google, I worked a lot on recommender systems and I felt there was some problems with it,” Beaudoin explained. “Problems that I’d say mostly related to how easily they got me and others distracted or how easily they stole my attention away from the objectives that I had. And I felt that it was by design and the technology itself add very little mechanisms to help me control this, to support me in my desire to be less distracted, my desire to keep my attention where I want it to be.”

Now, after two years of building and testing what Waverly calls the world’s first transparent AI-powered natural language analysis algorithm, the company has made its app available for consumers.

Waverly’s app uses natural language understanding (NLU) technology to curate content for users through what it calls ‘waves,’ which are themes or concepts that readers may be interested in. Through these waves, which also operate as feeds, users can track specific industries, trends, and market insights.

Beaudoin co-founded Waverly alongside CTO Philippe Gagnon, who was a technical architect at video game developer Ubisoft for more than 17 years. The pair created Waverly with a lean team that currently sits at four full-time employees.

With such a small team and limited resources, it would be difficult for Waverly to attempt to beat the platforms which define the modern internet at their game. For his part, Beaudoin doesn’t seem interested in playing that game at all.

“Competing head-on with a Facebook or a TikTok with the classic way that they did it, which was to make their things so addictive that people just kept using it, we don’t want to do that,” said Beaudoin. “It’s the opposite of what we’re trying to achieve.”

But for all of Beaudoin’s talk of social networks, which have become the primary source to consume information for many, Waverly starts higher up the tech stream – in effect, indexing its own version of the internet.

Waverly is launching with its own content database of 10,000 indexed sources – including specialized publications, blogs, and newsletters (BetaKit is one of these sources). Beaudoin wouldn’t say much beyond “we worked hard” when asked how Waverly identified these sources, but noted the dataset keeps expanding as new sources are submitted by users.

Waverly is looking to combat the common challenges of the modern internet – distraction, misinformation, and disinformation – by betting on its users.

When asked if Waverly will curate content or concepts, Beaudoin said, “I don’t think today you’re going to put a platform out and not have some sort of oversight.” Right now, however, new sources are added to the Waverly database without human curation by the company. “We might have to be more careful in the future,” Beaudoin added.

Care is certainly needed. Attempting to play a different game than Google, TikTok, and Twitter doesn’t mean your approach naturally avoids their pitfalls. The past 20 years of the internet have shown that the most well-intentioned approaches to organizing, sharing, and consuming content can be misused and abused.

Waverly is looking to combat challenges like distraction, misinformation, and disinformation by betting on its users. The company is attempting to do this in a number of ways: by offering content curated and driven by user intent; using NLU to understand user intent rather than tracking their every click and move; and ensuring that while people can choose to follow whatever content they want, they can’t flood other users’ Waves with that content.

The (hopeful) end result is a useful corner of the internet with effective herd immunity against misuse thanks to the active antibodies of its user base. To Beaudoin, that outcome is far superior to one built and operated by big tech’s hidden algorithms. “Google’s preferences are designed with Google’s intentions in mind,” he added.

That said, the question remains as to whether Waverly is simply building another system to be gamed.

“That’s one of the fundamental questions we ask ourselves,” Beaudoin said. ‘Will this always be an adversarial game?’” The CEO added that the company is focused on “empowering those fighting against the gamers.”

To that end, Waverly is smartly starting with a B2B approach, getting professionals to adopt its platform first – hopefully through its Pro tier, which allows for unlimited personalized waves and other features. The company also offers a Business tier, allowing companies to produce private waves for their teams, or publish them to the web.

“What we noticed with the exclusive beta is that the level of intentionality the algorithm requires works best with professionals,” Beaudoin noted.

Professional knowledge workers may also limit floods of misinformation, and gives Waverly a desirable base of content, users, and revenue to build from.

A broader consumer push will be more difficult, driven by Waverly’s implementation, luck, and a hundred other factors. But Beaudoin believes that consumers are in the initial stages of seeking and asking for more control over their data and information.

“We are seeing some of that pressure already but it’s very early, and as this pressure mounts, as the consumer starts asking for that kind of control over their algorithm, we want to be ready,” he said. “We want to have developed our technology with professionals to the point where we are the best one to provide that kind of a solution to a broader audience.”