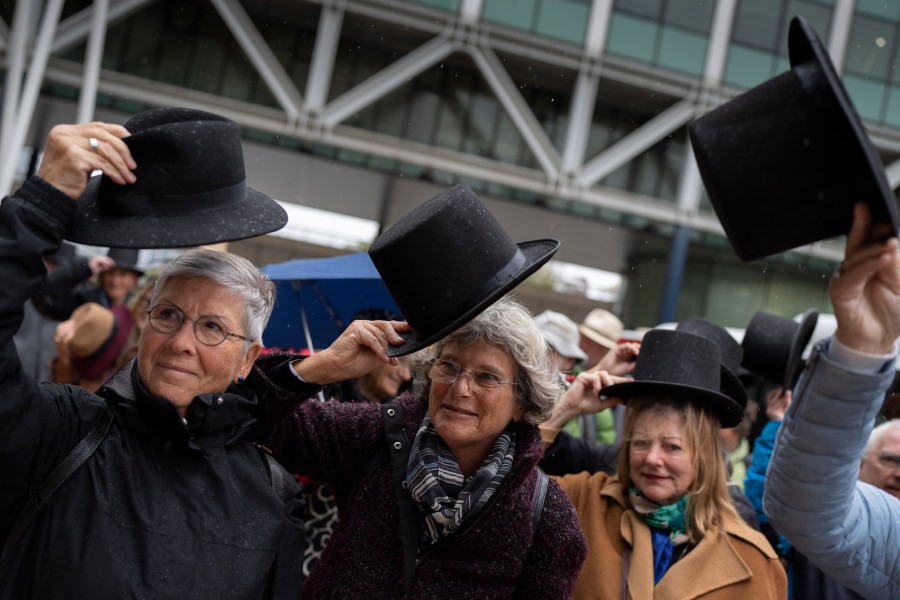 THE HAGUE, Netherlands (AP) — Campaigners calling for the decriminalization of assisted suicide in the Netherlands took the Dutch government to court Monday, arguing that its ban on helping a person end their life breaches human rights norms.

The case at The Hague District Court is the latest legal battle in a long-running debate around end-of-life issues in the country that in 2002 became the first in the world to pass a law that decriminalized euthanasia.

A group called Cooperative Last Will asked the court to declare that the Dutch state is “acting unlawfully by denying its citizens the right to die with dignity under their own control.”

Euthanasia involves doctors — under strict conditions — actively killing patients with an injection of drugs. In assisted dying, patients are provided with a lethal substance that they take themselves.

Cooperative Last Will, which says it has nearly 30,000 members, wants the case to force a change in the Dutch law to decriminalize assistance for people who want to take their own life at a time of their choosing and for a lethal substance to be made available under strict conditions.

The Dutch government argues that many people who want to end their lives can make use of the existing euthanasia law. “However, the state is not obliged — and that is what this is all about — to facilitate assisted suicide, let alone allow it under all circumstances,” government lawyer Erik Koppe told a three-judge panel.

Lawyers for the cooperative argued that jurisprudence from the European Court of Human Rights enshrines a right to die at a time and place of a person’s choosing. The government lawyers disputed that assertion.

“No right to die assisted by a third party or a public authority can be derived from the case law of the European Court of Human Rights, or a right to assisted suicide,” Koppe said.

The court did not say when it will issue a decision.

Prosecutions for assisted suicide are rare in the Netherlands. The offense carries a maximum sentence of three years in prison.

Prosecutors last year charged the cooperative’s chairman, Jos van Wijk, on suspicion of “participation in a criminal organization whose object is to commit and/or plan the crime of assisted suicide.”

Van Wijk, who denies the charges, told judges Monday that authorities in the Netherlands enforce and uphold the ban to the extent that witnesses and next of kin are “intimidated and criminalized.”

He said that the strict enforcement of the ban and the prohibition on making a deadly substance available “are measures that we say should be organized in another way in a civilized society.”

As the hearing ended, one of the plaintiffs, Marion van Gerrevink, told the court that she found the body of her 21-year-old son, Rob, body after he hanged himself in 2010.

“I still suffer daily from the feeling that I abandoned my son. In his last very depressive period, he had to find a way on his own to take his life and he had to take his last step alone,” she said.

It would have been easier for her family to accept Rob’s death “if we could have accompanied our beautiful, dear son and brother on this last journey and that he could leave life behind in a dignified, humane way,” she added.