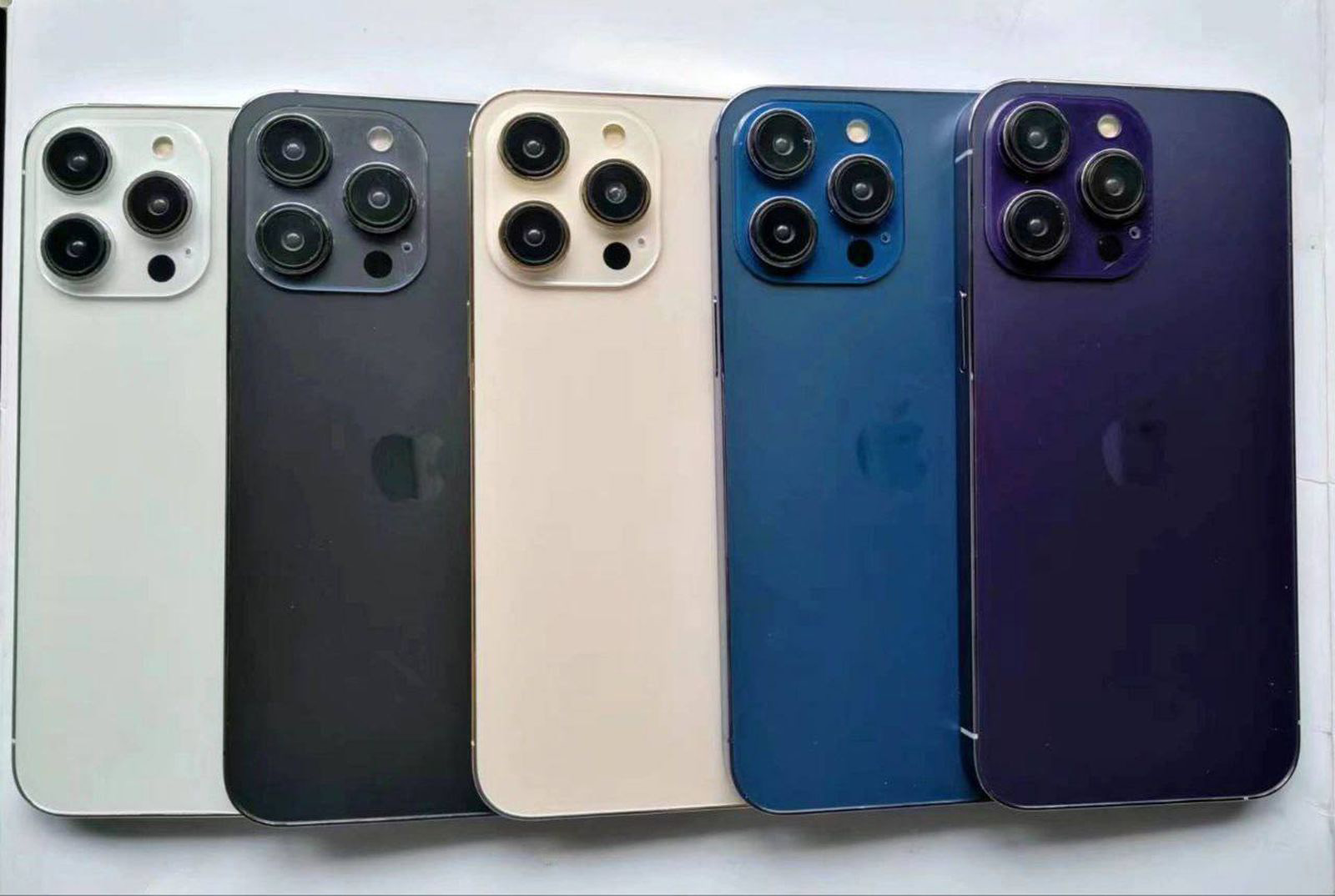 Each year, Apple tweaks the color finishes available with its iPhone range, removing ones that haven’t sold well and tempting upgraders with new options. (This also allows buyers to show off the fact they’ve got the new device without having to tell people.) The non-Pro models have featured all sorts of bright colors over the years, but even the more sombre Pro models get an annual hue-shuffle: they gained a rich deep green and sleek light Sierra Blue last year, while the darker Pacific Blue was quietly dropped from the line-up.

In 2022, it’s been rumored, the iPhone 14 Pro will feature a new purple option. And this now appears to have been confirmed by the latest leaks from Apple’s Asian supply chain.

As reported by MacRumors, multiple posts on the Chinese social media site Weibo claim to show dummy models of the iPhone 14 Pro in five finishes: silver, gold and black (as in the current range), along with a very dark purple and a mid blue somewhere between Sierra and Pacific. Green appears to have been dropped from the line-up.

One Weibo user has also posted a video of the purple iPhone 14 Pro dummy, suggesting that its color may appear to vary between blue and purple depending on how you view it. “It can be seen that the color of Apple is a bit interesting,” reads the caption (as interpreted by Google Translate). “Purple will only appear at a certain angle.”

With less than two weeks to go until Apple’s September 7 event, we’ll soon find out if these leaks are accurate. For the latest rumors, check out our regularly updated iPhone 14 guide.

When the new handsets are launched, you’ll find the lowest prices in our guide to the best iPhone deals.