A pair of youngsters are angling for a top finish at this year’s Indian National Finals Rodeo.

Among a field of veterans, Trey Begay and Cody Lansing are looking to walk away with the world title in the team roping competition.

The duo heads the field with a 17.19 aggregate after three rounds.

“We just came out here to rope,” Begay said. “We’ve been doing this all year, so this is kind of like practice for us.”

“We’re not focused on the average or the rounds,” Lansing added. “We just want to catch all four rounds.”

This is the second INFR qualification for the two promising prospects, and if things go their way in tonight’s final performance, they could potentially be the two youngest world champions.

They have a slight lead over team roping brothers Westley, and Hank Benally, as the latter pair have turned in an 18.03 aggregate.

“I’m sure it’s gonna be tough, but like I said, we’re just gonna knock down four (steers),” Lansing said.

Begay said they’ve been drawing even steers, and their consistency has been paying off.

“Our starts have been just right,” he said. “We’re just trying to get out and rope them.”

Veteran steer wrestler Brandon Bates is looking to stay consistent as he is gunning for his second INFR world title. His last title came 15 years ago when he was crowned the champion in 2007. 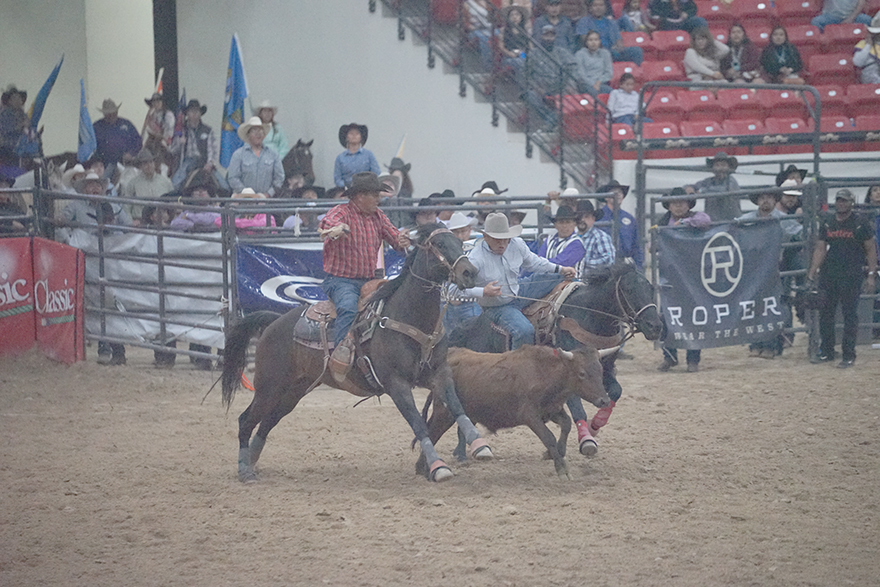 “It’s been a long time,” Bates said of his last title.

The Winslow cowboy posted a third-place run of 4.55 seconds in the third round on Friday night to stay in contention.