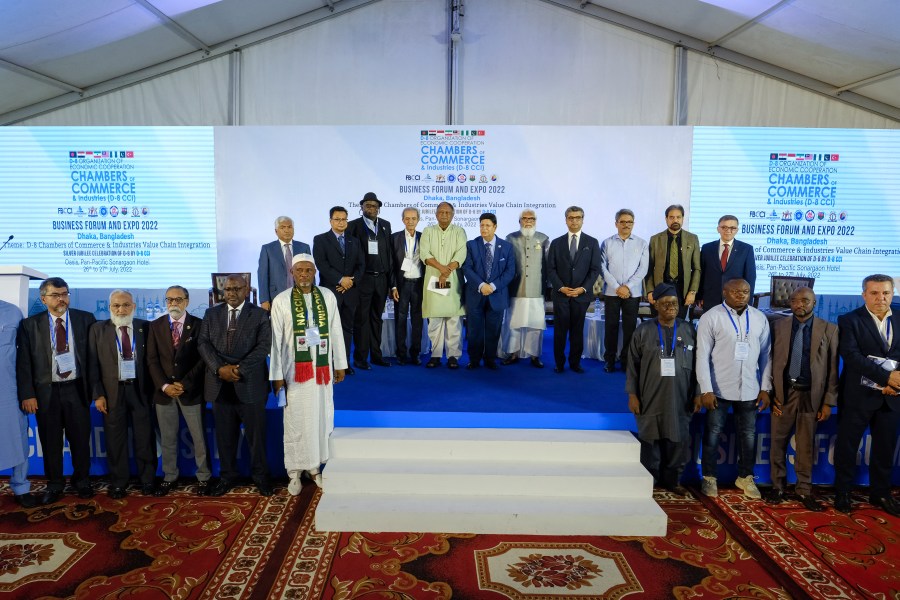 Representatives from Egypt, Iran, Malaysia, Nigeria, Pakistan, Turkey and Bangladesh under the banner of D-8, or developing eight countries, were discussing alternative trade financing such as cross currency swap, barter and blockchain to address their foreign currency reserves vulnerabilities, according to organizers.

Bangladesh’s Foreign Minister A.K. Abdul Momen said the group, with a $5 trillion economy among its members, was working to implement a free trade agreement while also increasing the volume of trade.

Organizers said the participants were exploring ways to boost energy security with members such as Iran and Nigeria among the world’s top oil producers.

Bangladesh, a nation of 160 million people and the world’s 41st largest economy, has suspended operations in diesel-run power plants to ease pressure on the cost of imports, The country’s central bank has also taken measures to reduce the imports of luxury goods amid shortages of dollars in banks.

“Due to ongoing impact of the COVID-19 pandemic and key global economic developments, every member country is experiencing foreign reserve and currency vulnerabilities, supply chain disruptions, inflation, energy and food security risks, and therefore should take precautionary measures to prepare for business beyond the usual,” said Sheikh Fazle Fahim, president of the D-8 Chamber of Commerce and Industry.

He also said the group should tap into its young workforce. “We have over 200 million young people, youth. And in addition, we have a lot of women entrepreneurs that are coming up.”

D-8 was established in Istanbul in 1997 to engage in economic cooperation and improve member states’ position in the global economy.