The 46th annual event crowned a bevy of first-time champions. It also had a handful of veterans tally up another world title, adding to their credentials.

In the all-around races, Kassidy Dennison and Erich Rogers repeated as champions.

This was Dennison’s seventh all-around win, having won four consecutive titles in the late 2000s.

Dennison paid homage to her dad, Karl Dennison, as she dedicated this championship title to her late father.

“This is dedicated to him because of the way he coached me to be who I am today,” she said. “He’s taught me so much, and pretty much every championship that I’ve won is a tribute to all the dedication he’s put into me.

“He spent hours opening gates for me and talking to me,” she added. “He’s a person that’s been in my corner, and not having him with us has been hard, but we’re grateful we had family and friends that stepped up to help support us.”

The Tohatchi, New Mexico, cowgirl earned an eighth-place check in the barrels average race, and she took third in the first round of the breakaway roping.

Meanwhile, the men’s all-around champ placed third and eighth in the team roping and tie-down average. 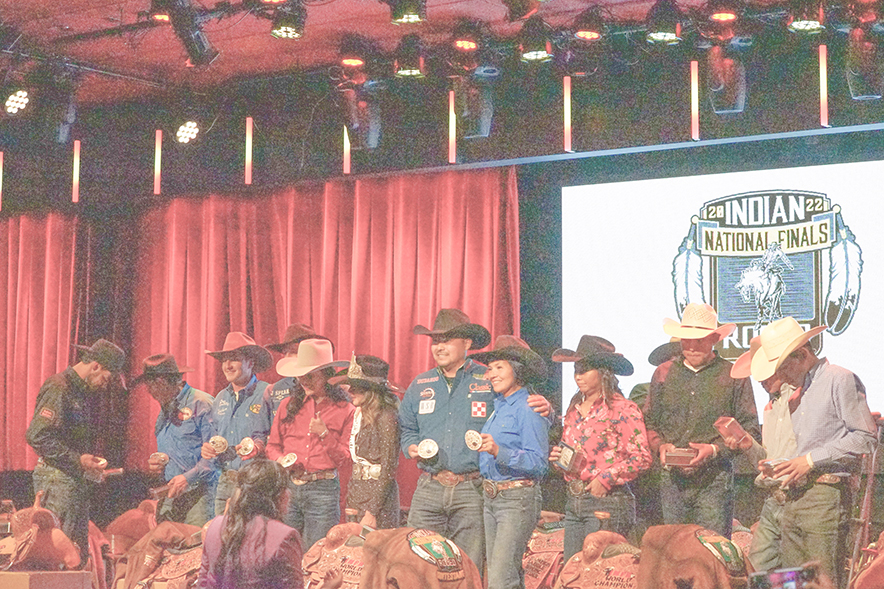 For a more in-depth story, pick up Thursday’s Navajo Times.