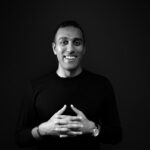 “It is part of our corporate ethos to work alongside nonprofit organizations to advance research for unmet medical needs.”
– Naheed Kurji, CEO of Cyclica

The grant comes as part of the latest round of financing from the Bill & Melinda Gates Foundation. Other Canadian organizations that recently received grants include InSilico Medicine Canada, Nutrition International, Global Canada Initiative, and Save the Children Canada.

“While Cyclica builds and advances a commercial portfolio of drug discovery programs, it is part of our corporate ethos to work alongside nonprofit organizations to advance research for unmet medical needs,” said Naheed Kurji, CEO of Cyclica.

“Among women who want to delay or avoid pregnancy, concerns about side effects are the most common reason they give for not using modern contraception. We are honored to have received support from the Bill & Melinda Gates Foundation to work towards discovering new, hormone-free contraceptives that will expand the range of contraceptive options available to women and girls.”

Cyclica operates a drug discovery platform meant to “democratize” access for pharmaceutical scientists and early-stage biotech companies. The startup’s business model also includes the creation of a pipeline of pre-clinical and clinical companies through partnership models. One such example is Perturba Therapeutics, which Cyclica spun out of the University of Toronto at the beginning of this year.

Cyclica focuses on three therapeutic areas: cancer, diseases of the central nervous system, and auto-immune diseases. To date, the startup has secured around $30 million CAD in venture and grant financing, with its most recent round in 2020 being a $23 million CAD Series B led by Drive Capital in mid-2020.

A spokesperson for Cyclica told BetaKit that the startup had been in discussions with the Bill & Melinda Gates Foundation for many years “exploring the right opportunity to partner to match one or multiple programs with the strength of our platform.” They claimed that Cyclica has found success in the low-data protein target space over the past 12 months, which “catalyzed discussions with the foundation [and] ultimately led to this partnership.”