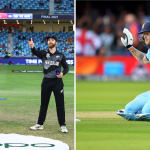 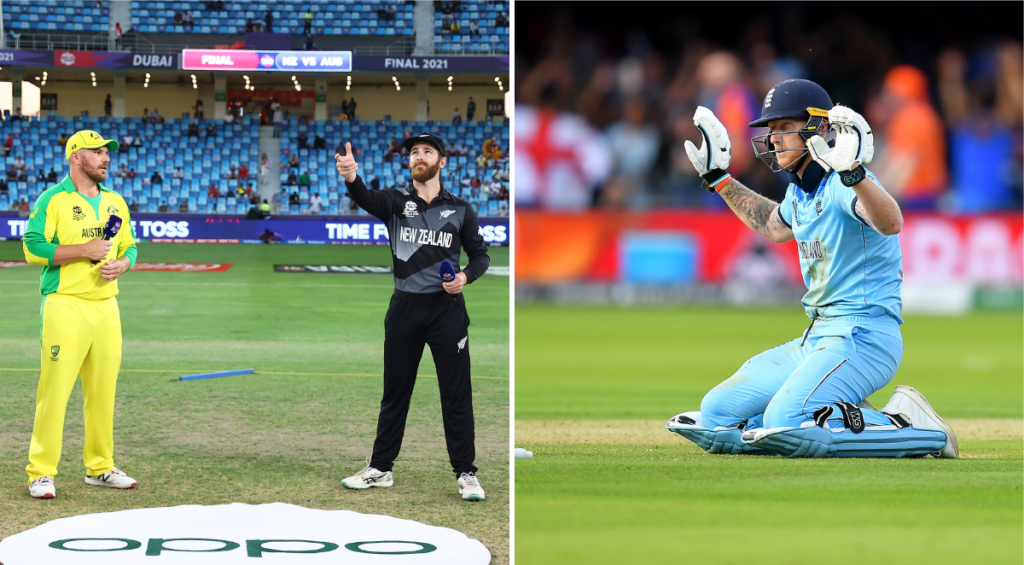 The day a World Cup is won without any controversy whatsoever is the day cricket dies.

Sure, we tell ourselves that we love the game to see moments of daring skill and dazzling brilliance, to watch high-pace quicks hoop it round corners and high-class batters play picture-perfect cover drive. But really, while we tell ourselves we want Virat Kohli hitting ‘impossible’ sixes off Haris Rauf, deep down what we know we need is the uproar after the King demands a no ball from the umpire and then runs three after the free hit smashes the stumps.

The salty tears after a controversial victory only make it taste all the sweeter, and when you’ve been robbed by a howler, the only thing to ease the pain is going over it again and again, as if if you argue enough, the result might be changed.

Right now, cricket is on a run. The global game has arguably never been as compelling or as contentious, and, depending who you ask, none of the last half-dozen world tournaments have been fairly won.

The final margin might look comfortable, but the chase itself was anything but. England had gone from needing 62 off 62 to 41 off 30. Naseem Shah had beaten the bat so often his figures of 0-30 were surely a typographical error. The cornered tigers were roaring. The Qudrat Ka Nizam was er… Qudrat Ka Nizaming.

Pakistan had taken the wicket of Harry Brook to seemingly edge ahead further. It ended up being what lost them the game. Shaheen Shah Afridi had landed awkwardly upon taking the catch and left the field. He returned, but could only bowl one ball. Pakistan had to turn to Iftikhar Ahmed, a part-timer, to finish the over. Ben Stokes smashed a four and a six. The game turned. Qudrat Ka Nizam and all that. But does a win really count if you only take control after the opposition’s best bowler leaves the field injured?

The first of three appearances for Australia’s women’s side, a team surely so dominant that none of their triumphs can be quibbled with. Not so. Women’s cricket’s first appearance in the Commonwealth Games was flecked with controversy in the final, Tahlia McGrath, the Southern Stars’ latest world-beater, had tested positive for Covid-19, but was allowed to play anyway. India’s fans erupted. How on earth could their side be expected to compete while a member of the opposition had an infectious disease? It doesn’t matter that she made two off four and her two overs went for 24 – her mere presence should ensure that Australia’s trophy win gets self-isolated, never to be seen again.

The 2022 Women’s Cricket World Cup ranks, on some metrics, as the greatest 50-over competition ever played. Basically every second game was a thriller. There were upsets galore. No team went home empty-handed. The only issue was, it was effectively an engrossing seven-team competition underneath a dominant, Meg Lanning-led juggernaut. Unimpeachable then?

Again, not quite. The competition was originally slated to be held in early 2021, only to be delayed at the first hint of a coronavirus-caused logistical snafu – when in doubt, screw over women’s cricket, is the default setting of administrators worldwide. Had it been held then, New Zealand’s thorough locking down would have allowed the competing teams to enjoy semi-normality as the event unfolded. As it was, the threat of whichever variant was on the rise then ensured a brutal winter for England’s women in particular. By the time the final came round, they were spent.

And then when you recall the qualifying event, again cancelled with no thoughts of rearrangement at the double-lined LFT (remember: when in doubt, screw over women’s cricket), the World Cup’s legitimacy falls even further into doubt.

Win the toss, win the game. Of course, it’s not really that simple. But also, it kind of was. Australia won every single coin-flip on their way to glory, with early-evening dew and the small Sharjah boundaries making chasing a cake-walk. A year on, in home conditions, an Aussie side seemingly strengthened by the addition of big, bad Tim David wouldn’t even make the semis.

Lanning’s lot again, is it? Defeat by India in the opening game was more than made up for by a thumping in the final. Katy Perry brought the tunes, and Molly Strano and the rest crashing the stage for the post-match concert provided one of cricket’s most joyous, most baffling set of images. It seems churlish to pick holes in it. But if you haven’t realised it yet, that’s kind of the point.

Here, the farce is found in the last four, with the ICC forgoing a reserve day for the double-header semi-finals. England’s was washed out altogether, knocking out the then-50-over world champions. But somehow they were able to stage a 13-over-a-side game for South Africa and Australia, with the regulations decreeing that games after the group stages had to be at least 20 overs long, rather than 10 overs, as is the case for virtually every other shortened T20 ever. Heather Knight just about kept her cool in the presser, but we don’t have to. This was bollocks.

I mean, where to begin? At the end, with the boundary countback rule? Or with the deflected six? Or with the fact that the deflected six should actually have been a deflected five? England are the only side, perhaps in the history of the sport, to win a World Cup without actually winning the final, the result officially going down as a tie. We wouldn’t have it any other way.

OK, we’ve tried and we’ve tried, but there really is no chalking it off. You can have this one, Meg Lanning.

The post Covid and countbacks: Why none of cricket’s last six global tournaments were won fair and square appeared first on Wisden.