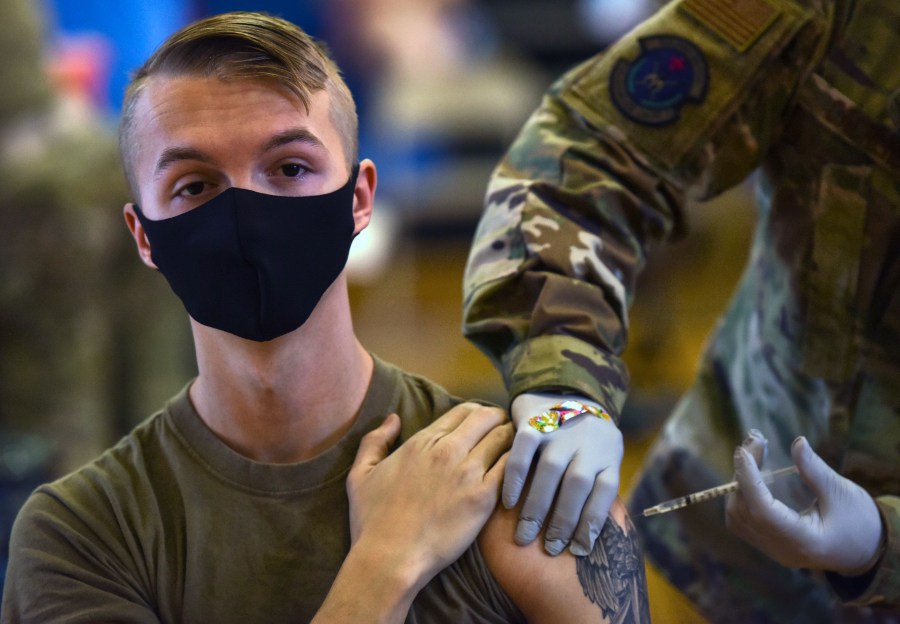 (NewsNation) — Congress is poised to repeal a mandate requiring military service members be vaccinated against COVID-19, a major concession for Democrats whose party leader has continued to publicly support the policy.

The mandate was put in place during the onset of the COVID-19 pandemic, and thousands of service members were discharged for their refusal to get a shot. Congressional Republicans demanded the vaccine mandate be removed in this year’s National Defense Authorization Act, which authorizes funding for the Defense Department.

A draft of the bill released Tuesday night includes the repeal.

“The end of President Biden’s military COVID vaccine mandate is a victory for our military and for common sense,” House Minority Leader Kevin McCarthy said in a statement. “While I applaud the end of this onerous mandate — the Biden administration must go further.”

McCarthy and other Republicans want the Biden administration to rehire service members who declined to get vaccinated. Biden and Defense Secretary Lloyd Austin have both continued to support enforcement of the requirement and have not indicated whether service members would be rehired if it ends.

The bill does not include a reinstatement of service members.

Last week, more than a dozen Republican senators threatened to delay a vote for the National Defense Authorization Act if the vaccine requirement was not removed. Sen. Rand Paul (R-Ky.) said at a recent press conference that 20 Senate Republicans have signed a letter saying they will vote against cloture on it, NewsNation partner The Hill reported.

The legislation must still clear the entire House and the Senate.

The White House as recently as Monday opposed using the annual defense spending bill to repeal the mandate. John Kirby, a National Security Council spokesman, told reporters Biden agrees with Austin that the vaccine requirement should remain in place.

“He continues to believe that all Americans, including those in the armed forces, should be vaccinated and boosted for COVID-19,” Kirby said, calling it a “health and readiness issue for the force.”

The text of the bill was drafted by the House and Senate Armed Services committees, which urged swift passage of the legislation.

“This year’s agreement continues the Armed Services Committees’ 62-year tradition of working together to support our troops and strengthen America’s national security,” committee members said in a statement.

Aside from scrapping the vaccine requirement, the $858 billion bill would give pay raises to troops and includes $800 million in security aid for Ukraine and billions for Taiwan.

The Hill contributed to this report.