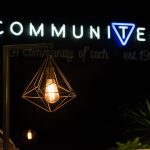 Communitech has acquired the Canadian startup data platform Briefed.in, as it looks to build out a data engine to power its founder support programs.

The Kitchener-Waterloo innovation hub is set to announce the merger at its annual general meeting later today. The financial terms of the deal have not been disclosed.

Communitech CEO and president Chris Albinson told BetaKit in an interview that the purchase of Briefed.in is about extending the capabilities of a “data engine” that the hub has been developing with the goal of better understanding how it can support startups.

“We’re not only collecting the right data from startups across the country — we’re grounding the vital support that we provide.”

Calling Canada the fastest-growing tech ecosystem in the world, Albinson argued that there is a lack of data to support that growth. He likened it to an airplane with no gas or instruments.

“Through this acquisition, we’re not only collecting the right data from startups across the country — we’re grounding the vital support that we provide to Canadian founders in robust analytics,” he said.

Briefed.in, which was spun out of fundraising platform Hockeystick, touts itself as Canada’s “only public, independent system of record dedicated to Canadian technology startups and venture capital.” Disclosure: BetaKit has been a Briefed.in media partner since its origins in Hockeystick.

Briefed.in collects data on and tracks startups as well as provides insights on investment trends through newsletters and reports. The platform will continue to operate in this way, according to Communitech.

The startup data platform was co-created and led by now-former CEO Rob Darling, who spun Briefed.in out of Hockeystick. Darling joined Hockeystick in 2017 after it acquired his former startup, LaunchSpot.

It was LaunchSpot that brought the private market data platform to Hockeystick, and when Briefed.in split from the company about a year ago, Hockeystick shifted its focus to a “funding-as-a-service” platform.

A Waterloo-based repeat founder, Darling has existing ties to Communitech, having served as a consultant and then its CTO between 2016 and 2019. Darling has agreed to join Communitech for the next couple of years to support the Briefed.in transition.

“Briefed.in was started based on a community need and its growth is evidence of our country’s passion for the success of Canadian technology startups,” said Darling. “I am thrilled about the impact Briefed.in has had to date.”

The data platform marks the second acquisition that Communitech has made in recent years focused on expanding its supports for startups. In 2021, Communitech took over the Canadian startup job board Prospect. Albinson called this deal an effort on Communitech’s part to share talent-related data with its members.

In recent weeks, as there has been an onslaught of layoffs, Communitech relaunched Prospect’s Help List, which is meant to help laid-off tech workers from across the country find new opportunities with Canadian tech companies.

Communitech has been on a journey to redefine itself over the past few years, as the COVID-19 pandemic has adjusted what it means to be a physical innovation hub.

Since Albinson took on the role of Communitech CEO in 2021, the hub developed what it calls its True North Strategy, which is an effort to help 14 Canadian founders reach $1 billion in annual revenue by 2030. It has also been exploring launching its own $200 million venture fund.

Albinson noted that the data engine is part of Communitech defining itself; the hub hopes to be able to provide data that spans talent, funding, and creates stronger procurement opportunities for Canadian startups.

“We think about it as the supercharger for Canadian innovation,” said Albinson, noting that Communitech built its data engine to better understand what was working and what wasn’t. The CEO stated that with the purchase of Briefed.in, combined with Prospect, Communitech is better positioned to support startups.

The post Communitech acquires Briefed.in to add data-backed insights to its repertoire first appeared on BetaKit.