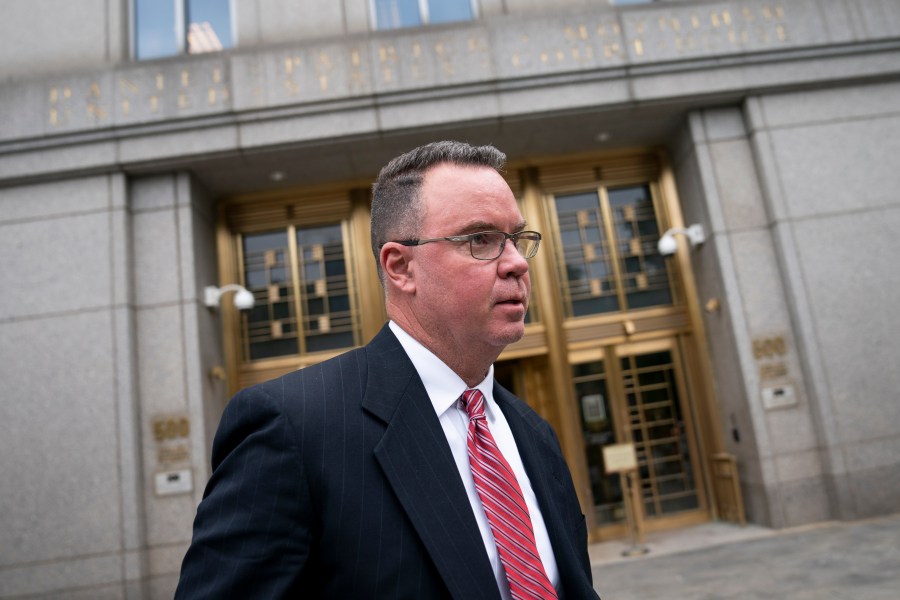 NEW YORK (AP) — A Colorado businessman returns to New York Monday for a retrial on charges that he cheated thousands of donors to a $25 million online crowdfunding “We Build The Wall” campaign to construct a wall along the southern U.S. border.

Timothy Shea’s first trial ended in early June without a verdict when jurors informed the judge that continuing to deliberate would leave them “further entrenched in our opposing views.”

The deadlocked jury came days after 11 jurors sent a note to the judge claiming one juror was politically biased against the government and in favor of Shea after labeling the rest of them as liberals and complaining the trial should have been held in a southern state.

Last month, Judge Analisa Torres rejected Shea’s request to move the trial to Colorado on the grounds that “political polarization” in New York and publicity about his first trial made it impossible for him to get a fair result in Manhattan.

She wrote that a jury note in his first trial might have indicated that differences in political opinions affected the jury’s deliberations, but he had not shown that those differences reflected a prejudice against him. And she said he had not explained why “political polarization” would be less pronounced in Colorado or anywhere else.

Shea, of Castle Rock, Colorado, has pleaded not guilty to conspiracy and falsification of records charges lodged against him after questions arose over how donations were spent from a campaign that raised about $25 million for a wall. Only a few miles of wall were built.

Prosecutors said Shea and other fund organizers promised investors that all donations would fund a wall, but Shea and the others eventually pocketed hundreds of thousands of dollars for themselves.

Shea’s lawyers said he acted honorably in the fundraising campaign and did not commit a crime.

Shea owns an energy drink company, Winning Energy, whose cans have featured a cartoon superhero image of Trump and claim to contain “12 oz. of liberal tears.”