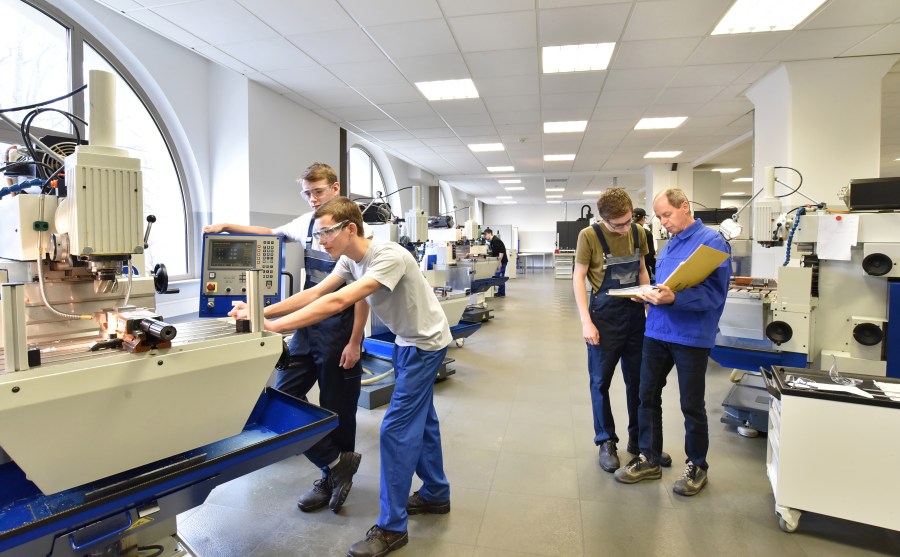 (NewsNation) — With the cost of education so high, many kids are simply shut out, or in debt for decades with student loans, but other routes are getting popular that are very lucrative.

After trying the college route twice, you might say Andrew Ubaldi had an “aha moment” — the 27-year-old has been thriving as an electrician for the past six years.

“The switch from college to trade school was amazing,” Ubaldi said. “That was the first time in my whole life that I went to school and I was like, I’m good at this, genuinely felt like that, I’m good at this.”


These are the most-regretted college majors

A growing number of people without degrees are starting to out-earn college graduates, according to an analysis released by the Georgetown University Center on Education and the Workforce.

Since the pandemic, more than a million students have bypassed the high cost of college and student loan death, opting to attend vocational school instead.

“If you don’t earn enough to cover the cost of your college degree, then guess what, it didn’t make any sense for you to go to college,” said Robert Farrington, CEO of The College Investor.

Meanwhile, many still feel the traditional route is one people should take after high school.

“I feel like education is like everything nowadays and you need like a college degree to get any job you want,” said Haroon Qureshi, a high school junior.

“In my opinion, college should be a base. If something doesn’t work out, at least you have a degree, a backup, something that you can fall back on,” said Cameron Weeks, a high school freshman.


5 tips to help students save more on college tuition costs

According to the U.S. Bureau of Labor Statistics, college enrollment hit a historic high in 2009; more than 70% of high school graduates went to college — that’s more than 2 million students. However, by 2011, that rate dropped to 68.3%, and by 2021, fell drastically to less than 62%.

Advisors say It’s a numbers game to weigh the goals and do the math to determine whether college is worth it.

“If you were to spend more than $80,000 on going to college today, you have a very slim chance of making that back over your lifetime,” Farrington said. “Not to say that there’s not people who do, but you’re probably not.”

A trendy track these days is computer coding. Craig Elliott said he only went to college for two weeks. He’s now the CEO of Codeverse, a coding school for kids.

“If you’re a teenager now, and your hobby and passion is learning to code and you’ve been doing it for a while and you’re getting good at it, there’s no need to go to college,” Ulliot said. “If you know the skill, you know the skill.”

As a kid, Ulliott taught himself to code on his dad’s computer. Now, he and his wife live on the water for much of the year, working remotely from all over the world.

His company doesn’t require employees to have college degrees.

“We’ve started engineers that don’t have college degrees that have one or two years of experience at six figures,” Ulliot said. “College is not a necessary prerequisite for making a lot of money in coding.”

So, the recalibration is well underway.

“When I look at some of my friends who spent years in college and have tons of debt, whatever they did go to college for is not exactly paying that bill anymore,” Ubaldi ” I don’t regret it at all. I’m happy with what I did, I’m very happy.