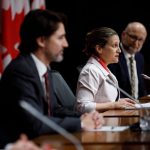 The new innovation agency? That review of research tax credits? Work on both is underway even if details on both are still a bit hazy.

That’s the federal government’s latest update in its Fall Economic Statement on two of its innovation promises from April 2022’s budget. However, at least one technology association has made it clear that it’s losing patience with the limited details of what it views as key budget items to the innovation sector.

In response to the statement, Benjamin Bergen, president of the Council of Canadian Innovators (CCI), said he was pleased to see that the government was taking concrete steps to address the skilled tech talent shortage, however, he found that the economic update fell short in many other areas.

“Since April, we have been waiting to see signs that the government appreciates the magnitude of the current situation.”

Bergen indicated that he found the update a letdown following April’s budget, which he said the CCI viewed with optimism given the announcements of plans to create a council of economic advisors, the innovation agency, and the review of the SR&ED credit.

He argued that innovators cannot wait an entire year for substantive action on commitments announced in the 2022 budget.

In its Fall Economic Statement, the government confirmed details on the new Innovation and Investment Agency that BetaKit first reported on back in August, and added that further details on the new agency will be released in a blueprint in the coming weeks.

As for the promised review of the federal scientific research and experimental development (SR&ED) tax credit, well … that too is still not fully formed enough to CCI’s liking.

But according to the economic update: “Work is underway on this review and further details will follow in Budget 2023.”

The CCI has previously praised the planned SR&ED review for its intent to streamline the tax credit program while encouraging companies to generate and protect intellectual property resulting from their own R&D. “But since April, we have been waiting to see signs that the government appreciates the magnitude of the current situation and they are responding by putting more substance behind their announcements,” Bergen said.

But Bergen is clearly of the opinion that hasn’t happened yet.

Commenting on the update, Bergen said that it was a “shame” that the government had not pushed to set up the innovation agency more quickly. Referring to the blueprint promised in the “coming weeks,” he added: “We will be disappointed if it does not include a clear mandate which treats data and IP as valuable strategic assets, and supports Canadian companies’ freedom to operate as they compete globally.”

As BetaKit previously reported, the innovation and investment agency will receive $1 billion over five years and, will make use of best practices established by similar agencies globally, specifically Business Finland and the Israel Innovation Authority.

Some new details that emerged in the economic update indicate the agency would provide startups with advice, and review projects for technical feasibility and the potential for eventual job creation and large-scale production of products in Canada. The agency would also provide financial support for preliminary designs and the evaluation of results.

The agency and the SR&ED review are not the only innovation promises noted in the Fall Economic Statement.

In the statement, the federal government unveiled details of a Canada Growth Fund designed to help attract billions of dollars in new private capital. The latter would be used to create “good-paying jobs,” support Canada’s economic transformation, and bring forward two new measures to support the adoption of clean technology across Canada. However, the update notes: “Significant additional actions will be announced in Budget 2023.”

In its analysis of the fall economic statement, the Royal Bank of Canada (RBC), like the CCI, warned the federal government about the lack of haste it’s showing in bringing in the new, proposed measures.

RBC wrote that “the government will need to move quickly to make these available, especially setting parameters for the hydrogen ITC and given time needed to set up, staff, and source deals for the growth fund. It will also need to ensure that pursuing so many economic opportunities supporting global decarbonization do not distract from the pace of decarbonization needed in existing industries.”

Despite the Liberal government’s reassurances that work is underway, CCI prodded the government to act with more urgency when it comes to bolstering the country’s innovation economy.

Urged the CCI: “On behalf of our members — more than 150 growing technology companies headquartered in Canada — the Council of Canadian Innovators is calling on the government to take a more active and urgent approach to managing through this difficult time. Our future prosperity depends on it.”