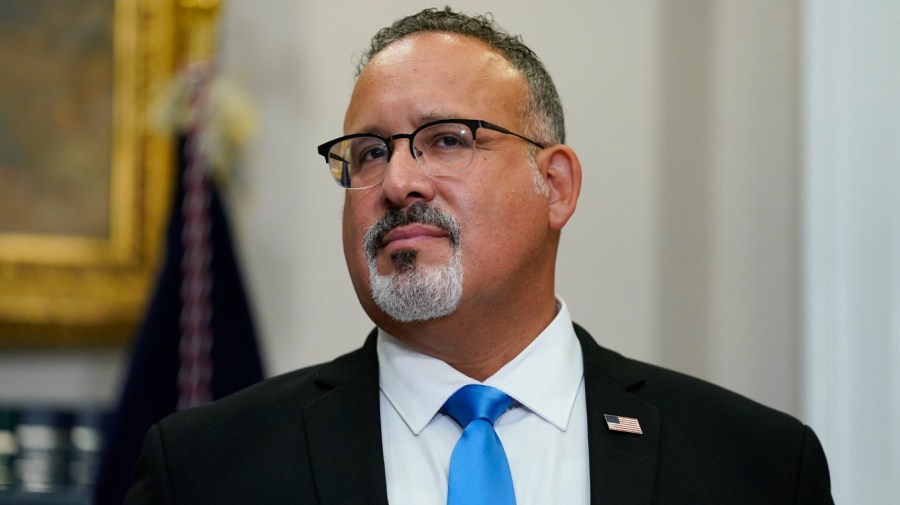 Education Secretary Miguel Cardona said on Saturday that the Department of Education is “moving full speed ahead” with preparations for its debt relief program, after a federal appeals court temporarily blocked the program on Friday.

“Amid some Republicans trying every which way to block the Biden Administration’s debt relief program, the department is moving full speed ahead with preparations for the lawful implementation of our program so we can deliver relief to borrowers who need it most,” Cardona wrote in an opinion in USA Today on Saturday.

The Biden administration’s student loan forgiveness plan was temporarily put on hold on Friday by the U.S. Court of Appeals for the 8th Circuit amid a challenge from six Republican-led states.

The Republican attorneys general, who argue that the Biden administration does not have the authority to cancel the debt, appealed their case after it was dismissed by a district court judge on Thursday.

The White House on Friday night vowed to fight Republican challenges to the debt relief program and noted that the ruling does not prevent borrowers from continuing to apply for relief or the government from reviewing applications.

Cardona joined the administration in promising to fight the lawsuits in a video posted to Twitter on Saturday.

“We promise to fight to protect you from baseless lawsuits trying to stop us from providing you debt relief,” Cardona said. “We will not stop fighting for you.”

The education secretary also called out Republicans that have previously taken advantage of other loan forgiveness programs, such as the Paycheck Protection Program.

“It’s only when relief is going to working and middle-class Americans that these elected officials have a problem,” Cardona added in the USA Today opinion.