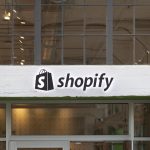 Welcome to BetaKit’s startup stories of the week! Here, you will find the week’s most important news, features, and editorials published on BetaKit. If you prefer this update hit your inbox every week, make sure to subscribe to the BetaKit Newsletter using the form at the bottom of this page.

Top Stories of the Week

Shopify declared a record-setting year with combined Black Friday-Cyber Monday sales on its platform adding up to $7.5 billion USD from merchants globally. The figure represented a 19 percent increase from 2021 when Shopify merchants declared $6.3 billion in sales.

Buckzy founder and CEO Abdul Naushad told BetaKit in an interview that this capital will extend the startup’s runway by 12 months and help it reach cash flow breakeven by this time next year.

How to keep yourself safe from cyber threats

Leigh Tynan, the Director of TELUS Online Security; Jeff Bonvie from the RCMP’s Cybercrime Coordination Centre; and Matthew Moniz, entrepreneur and Content Creator of Moniz Media, shared their insights on the current state of cybercrime and the secret to staying safer online.

DISSECTING THE ANATOMY OF A CANADIAN TECH SEED ROUND WITH TWO SMALL FISH, CALICO & WAVY

“If we take a look at some of the salaries we were seeing, it was probably four engineers and our entire round was gone.”

Eva Lau (Two Small Fish), Shawn Hewat (Wavy), and Kathleen Chan (Calico) discuss what it was like to raise a seed round in 2021 and what changed in 2022 so founders are ready for 2023. Recorded live at SAAS NORTH on the BetaKit Keynote Stage.

CANADIAN TECH TALKS DOWN ROUNDS, DISASTERS, AND “RECIPES FOR FAILURE”

“There was a bit of ego raising.” “I think it has been a disaster.” “I read BetaKit for the truth.”

Canadian tech luminaries try to make sense of a crazy year in this compilation of interviews recorded live at SAAS NORTH.

Subscribe to B|K using the form below to ensure the best from BetaKit hits your inbox every week.

The post Canadian startup news of the week (12/4/22) first appeared on BetaKit.