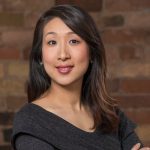 Welcome to BetaKit’s startup stories of the week! Here, you will find the week’s most important news, features, and editorials published on BetaKit. If you prefer this update hit your inbox every week, make sure to subscribe to the BetaKit Newsletter using the form at the bottom of this page.

Top Stories of the Week

Lam resigns seven months after she was tapped to lead Wattpad. She took the reins of the company in May, following Wattpad founding CEO Allen Lau’s decision to step aside and become an executive advisor.

Lidiane Jones, currently executive vice president and and general manager of digital experiences clouds at Salesforce, made a statement on Twitter on Monday noting that she will take over for Butterfield as CEO of Slack. Butterfield’s resignation follows a slew of Salesforce executive departures.

Harrison succeeds Harvest Builders co-founder Chris Simair; according to a spokesperson, the studio has been actively recruiting for a president since last spring following Simair’s transition out.

Premier David Eby unveiled a new cabinet of 23 ministers and four ministers of state on Wednesday, appointing Bailey as the province’s new minister of jobs, economic development, and innovation.

BESSEMER, GEORGIAN, OMERS VCS DISCUSS THE STATE OF THE MARKET

“If this is the environment we’re in today, what should we do?”

Aleeza Hashmi (Bessemer), Michelle Yu (Georgian), and Laura Lenz (OMERS) join BetaKit senior editor Meagan Simpson for a conversation about why the beginning of 2023 will be just as hard for startups to fundraise in. Recorded live at SAAS NORTH on the BetaKit Keynote Stage.

DISSECTING THE ANATOMY OF A CANADIAN TECH SEED ROUND WITH TWO SMALL FISH, CALICO & WAVY

“If we take a look at some of the salaries we were seeing, it was probably four engineers and our entire round was gone.”

Eva Lau (Two Small Fish), Shawn Hewat (Wavy), and Kathleen Chan (Calico) discuss what it was like to raise a seed round in 2021 and what changed in 2022 so founders are ready for 2023. Recorded live at SAAS NORTH on the BetaKit Keynote Stage.

Subscribe to B|K using the form below to ensure the best from BetaKit hits your inbox every week.

The post Canadian startup news of the week (12/11/22) first appeared on BetaKit.