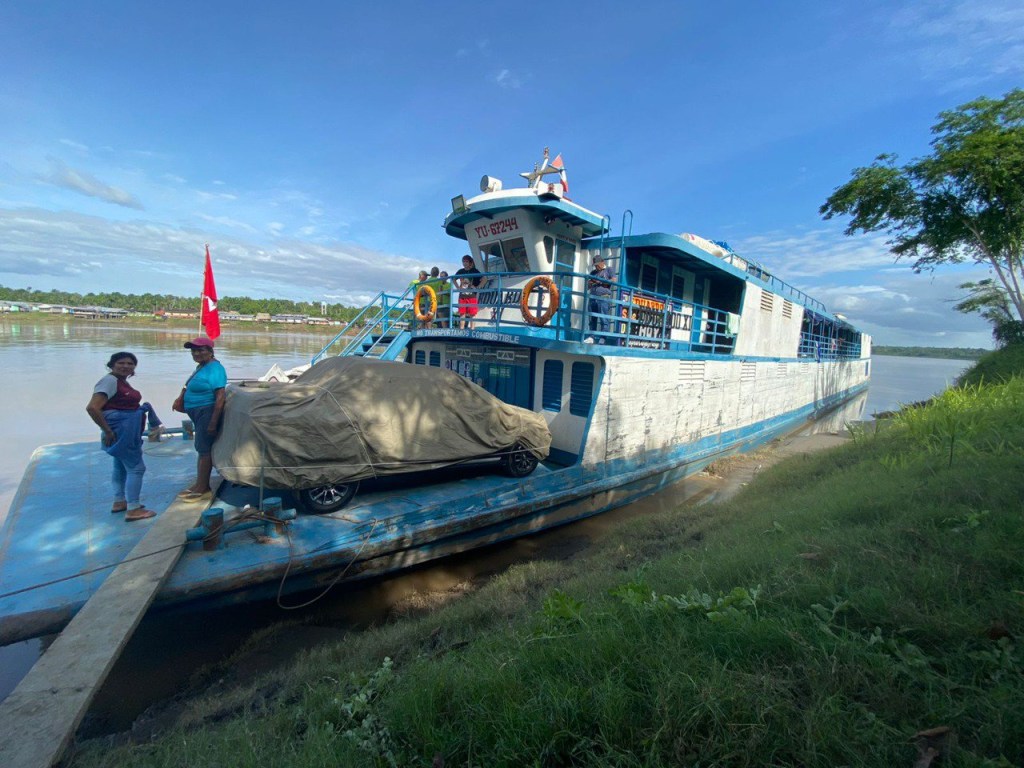 Britons travelling on a river boat are being held hostage by a tribe in Peru’s Amazon Rainforest, local media have reported.

Indigenous people from Cuninico in the northernmost Loreto province have detained the group to protest the lack of government aid following an oil spill.

Watson Trujillo, the leader of the Cuninico community, told Radio Programas del Perú (RPP Radio): ‘[We want] to call the government’s attention with this action, there are foreigners and Peruvians, there are about 70 people.’

The group of tourists also include citizens from the US, Spain, France and Switzerland.

Ángela Ramírez, one of the detainees, told RPP: ‘They told us that it was because they are seeking the attention of the state to resolve the oil spill and that, as a result, two children and a woman have died.’

They will spend the night inside the boat while Trujillo waits to hear from the government, with photos showing the boat moored to the side of the Marañón river.

The tourists may be held for between six to eight days until a deal is reached.

Trujillo said his group took the ‘radical measure’ in an effort to pressure the government to assess the environmental damage from 2,500 tons of crude oil leaking into the Cuninico River.

RRP Radio reports there is a one-month-old child, people with disabilities, pregnant women and elderly people all being held.

The North Peruvian Pipeline burst on September 16, spreading to the Marañón and prompting a 90-day state of emergency for the region home to some 2,500 indigenous people.

According to state oil company Petroperú, the spill was the result of an intentional 21-centimetre cut in the pipeline pipe.

The river has long been a lifeline to the indigenous Kukuma people, a source of drinking water, fish and recreation for children splashing in it during the summer.

But repeated oil spills from the major pipeline have risked this.

The Kukuma tribe, who historically live along the riverbanks, watched in 2014 when 2,358 gallons of oil spilt into the river dyed it a deep black and contaminated it with toxic metals.

Two more major spills as well as 20 others would take place over the next five years, according to government figures.

The 40-year-old 800km-long pipe carries crude oil from the Amazon across the Andes Mountains to the Pacific coast.

Some 2,000 indigenous members from 20 Urarina and Kukama communities blocked off Marañón river traffic as a protest in August this year.