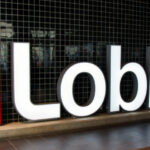 The last time we talked about the state of Canadian tech on this podcast we were very eager to note that, despite the downturn, layoffs, and economic headwinds Canadian tech is still hiring (that list we put together of companies hiring Canadian talent is now just under 400, btw).

“I think it’s hard to beat the optimist out of a VC.”

Sean Silcoff, a reporter at The Globe and Mail, has been searching for canaries in the coal mine. He joins Rob and me today to discuss his story exploring whether or not the Canadian tech boom has fully fizzled out or just has a bad case of the black lung.

Meanwhile, as Canadian tech companies are trying to get back on their feet, the global tech giants are still (mostly) doing just fine. So fine that they prompt questions of competition, monopolies, and world-spanning technostates more powerful than any one nation – you know, some real Elon Musk malaise.

That malaise has led to a general techlash around the world, one we haven’t really seen in Canada.

That’s not to say our country isn’t without oligarchic corporations – in fact, that’s kind of our brand. So what gives?

Public Policy expert Vass Bednar also joins this week to discuss her op-ed on which Canadian companies are quietly and effectively adopting and emulating big-tech strategies to their benefit.

The BetaKit Podcast is sponsored by HardTech.
Canada’s biggest hardware event takes place November 9th at the ventureLAB Innovation Space in Markham.
Get your in-person or virtual tickets today by visiting hardtech.ca.
BetaKit · Boom to bust cycles & why there’s no Canadian techlash

The post Boom to bust cycles & why there’s no Canadian techlash first appeared on BetaKit.