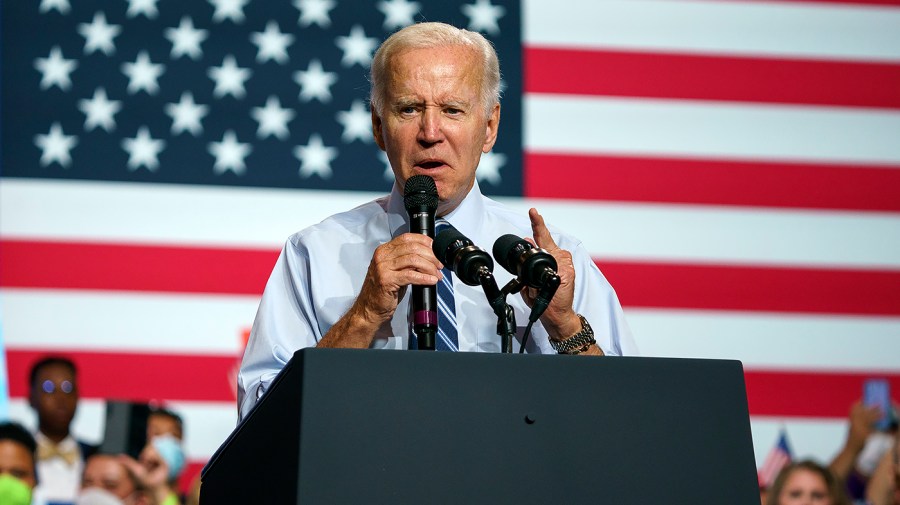 President Biden on Monday will announce the director of a new agency focused on biomedical innovation and sign an executive order on biotechnologies as part of an update on his administration’s efforts to cure cancer.

Biden will travel to Boston on the 60th anniversary of former President John F. Kennedy’s “Moonshot” speech at Rice University, where Kennedy outlined his goal for the United States to land a man on the moon.

The president will provide an update on his administration’s “Cancer Moonshot,” an initiative he relaunched in February with the goal to cut the cancer death rate in half over the next 25 years and improve the lives of caregivers and cancer survivors.

Biden on Monday will announce the appointment of Dr. Renee Wegrzyn as the inaugural director of Advanced Research Projects Agency for Health (ARPA-H), an agency created in March focused on developing biomedical technologies to improve health outcomes.

The president will also sign an executive order launching a national biotechnology and biomanufacturing initiative. The order will bolster research and aim to solidify supply chains so that biotechnologies used in the fight against cancer are developed and produced in the U.S., according to a White House fact sheet.

“This initiative is rooted in the principles of equity, ethics, safety, and security that will help benefit all Americans and the global community, and maintain United States technological leadership and economic competitiveness,” the White House said.

Biden will also give an update on the progress of his “Cancer Cabinet,” a group of advisers and administration officials tasked with securing funding and developing treatments for cancer.

The president will highlight recent developments like the passage of the Inflation Reduction Act by Democrats in Congress, which includes provisions to lower prescription drug costs, some of which are used to treat certain forms of cancer.

He will also note the launch of a National Cancer Institute study aimed at identifying blood tests that can detect one or more cancers with the goal of earlier detection in cancer patients.

Before the speech on Monday, Biden will make remarks on the investments in the bipartisan infrastructure law in Boston.

The cause of ending cancer has been personal for Biden, whose son, Beau, died of brain cancer in 2015 at the age of 46. The president has talked about ending cancer throughout his campaign and presidency, saying it would be a priority for him. He has also framed it as a bipartisan effort, meeting with members of both parties at the White House last year to discuss the effort.