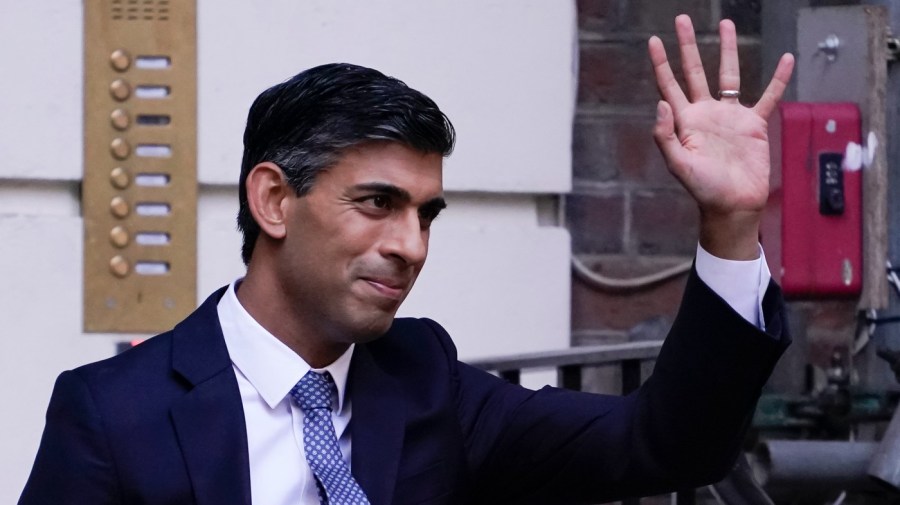 President Biden on Tuesday spoke for the first time with new British Prime Minister Rishi Sunak, with the two leaders coordinating on policy toward Ukraine and China.

Biden spoke with Sunak hours after he officially took over as prime minister, becoming the third person this year to hold the position in the United Kingdom.

“The leaders reaffirmed the special relationship between our countries, underscoring their desire to further enhance cooperation on issues critical to global security and prosperity,” the White House said in a readout of the call. “The leaders agreed on the importance of working together to support Ukraine and hold Russia accountable for its aggression, address the challenges posed by China, and secure sustainable and affordable energy resources.”

The two also discussed the importance of protecting the Good Friday Agreement, which ended the Northern Ireland conflict.

Sunak will be the third British prime minister Biden has worked with, following Boris Johnson and Liz Truss, who stepped down earlier this month amid tumult over her economic policies that undercut her authority within the Conservative Party.

Biden and Sunak are likely to work closely on how to respond to Russian aggression in Ukraine as the war there is about to enter its ninth month.