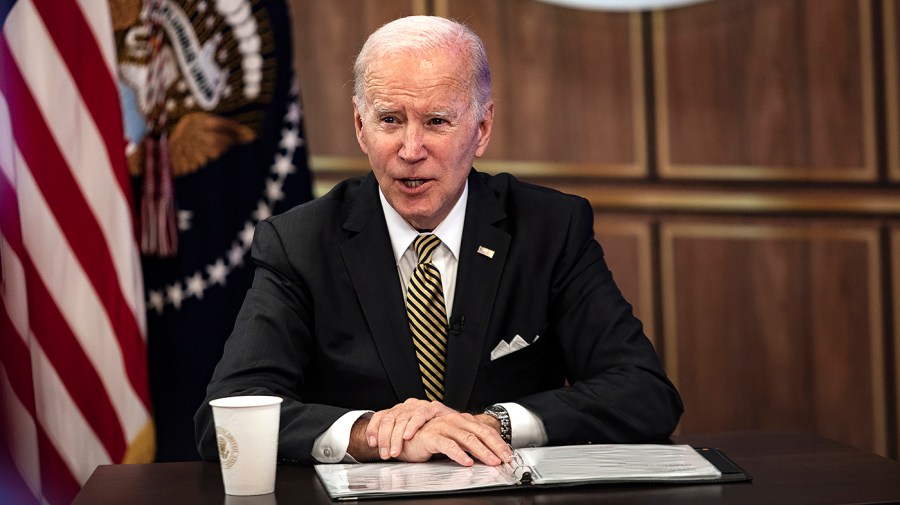 President Biden said he expects record turnout for next month’s midterm elections, just as more people voted in the 2020 presidential election than in any time in American history.

Biden spoke about a variety of issues in an interview with MSNBC’s Jonathan Capehart that aired Friday. He said the election is not a referendum but a choice about what “kind of country” people want.

Biden said the public should be concerned about threats to democracy, and the country is at one “inflection point” in history where certain “MAGA Republicans” believe threatening violence is appropriate.

He said he is optimistic because the country has been in this position before. He said the fundamental elements of Americans are the ideas of “fairness, decency, honesty,” which is “baked in” to most people.

“I think as long as we take seriously the threat, I don’t think the threat will come to fruition,” Biden said.

Capehart questioned Biden about polls showing that most voters trust Republicans more to handle the economy.

Biden responded that many measures that Democrats have passed, such as investment to build new roads and bridges and lowering prescription drug costs, have not “kicked in” yet and won’t until next year.

“I think this is a process of people making sure that what we say we’re doing really is going to happen,” he said.

Biden said he has worked to make clear comparisons of what Democrats and Republicans support for voters to make a choice, and he thinks voters will “show up like they did last time.”