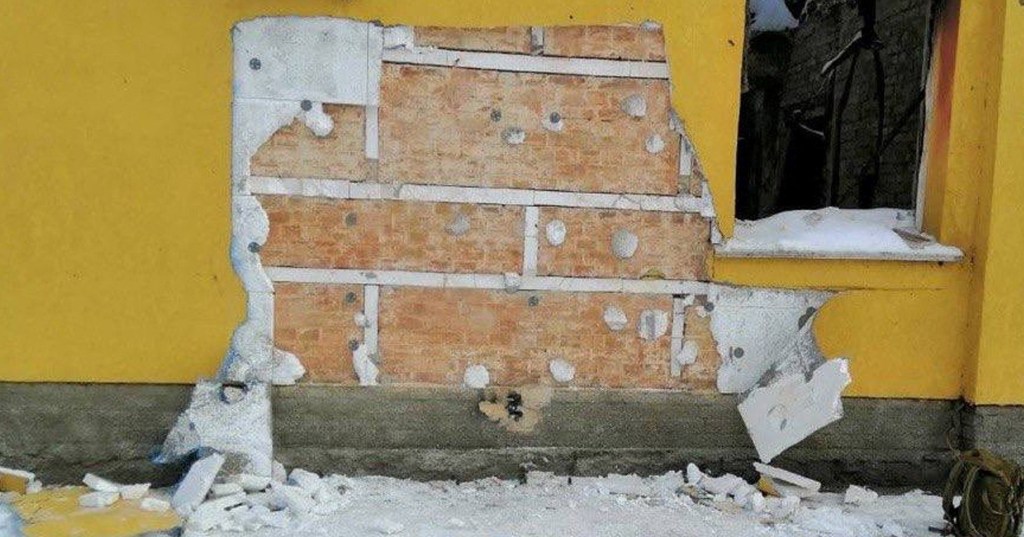 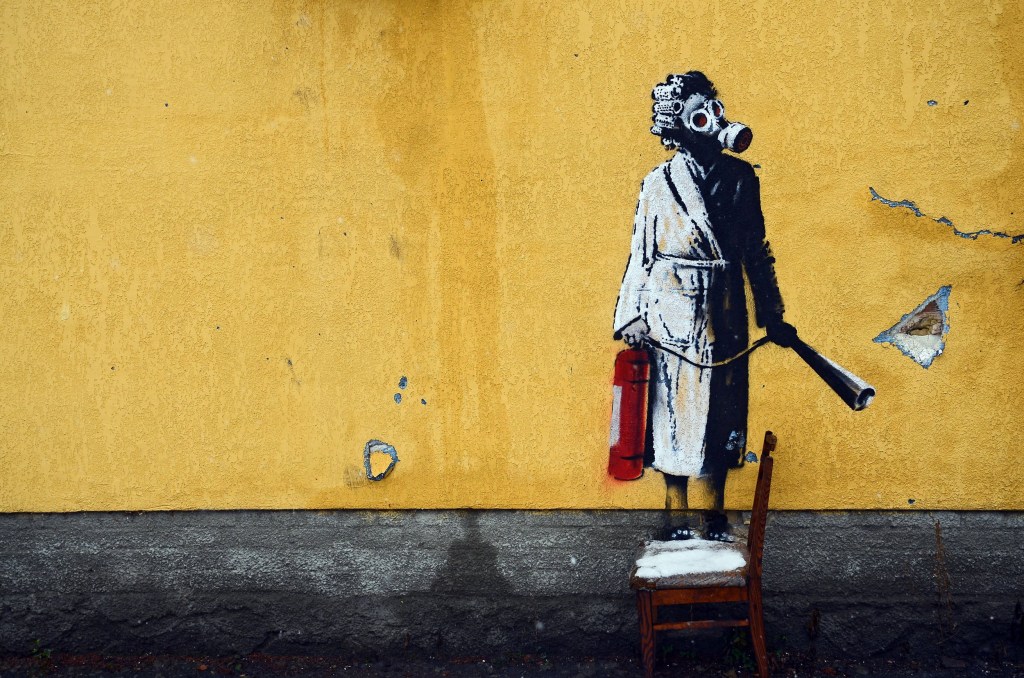 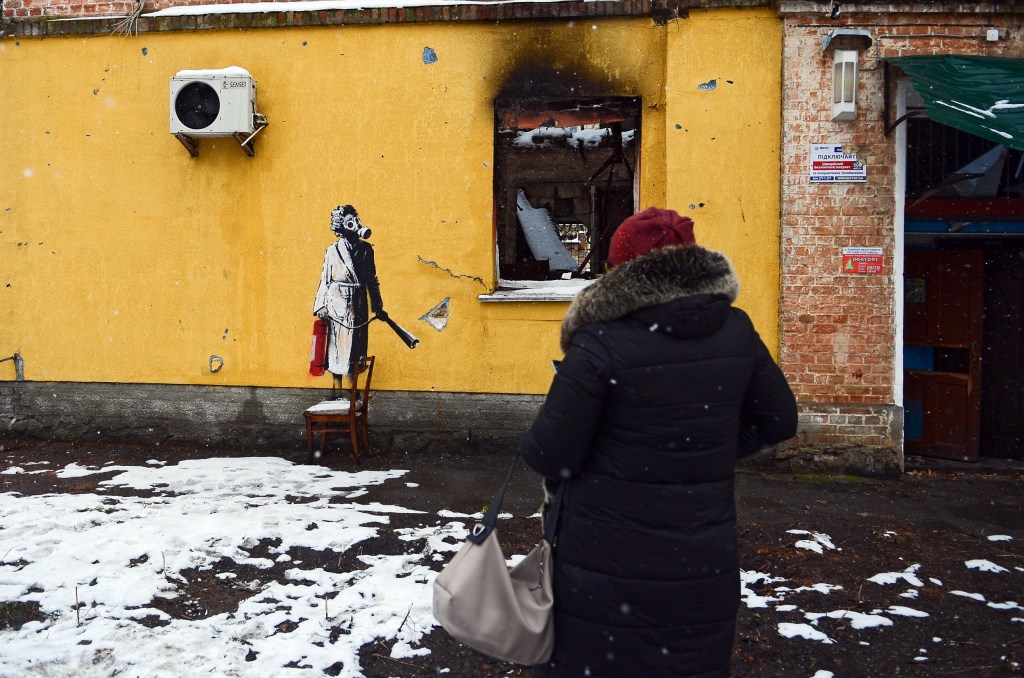 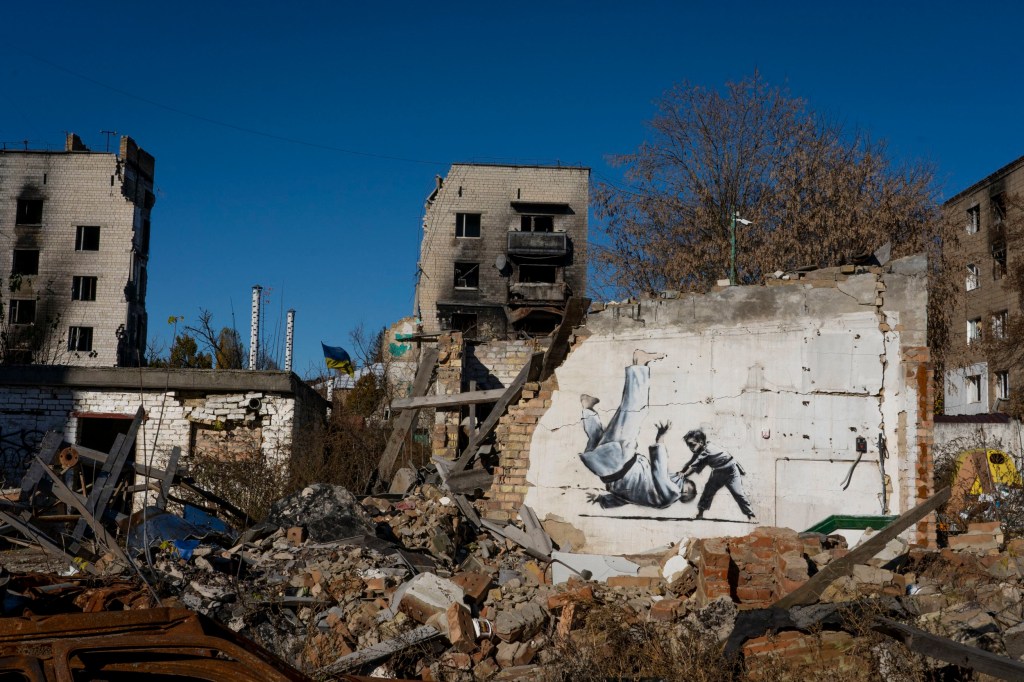 A group of people managed to prise a Banksy mural off a wall in Ukraine.

Several works by the cult graffiti artist popped up on the walls of buildings damaged by fighting in November.

His pieces can sell for millions of pounds at auction – and this appears not have been lost on opportunist thieves in Kyiv.

The region’s governor said a group managed to slice off a section of board and plaster and made off with the painting.

It depicts a woman in a gas mask and dressing gown holding a fire extinguisher on the side of a scorched building.

They were spotted at the scene in the city of Hostomel, where fierce fighting raged around an airport during the botched assault on the capital.

The mural was retrieved and is being taken care of by police, Oleksiy Kuleba said in a statement.

He added: ‘These images are, after all, symbols of our struggle against the enemy…We’ll do everything to preserve these works of street art as a symbol of our victory.’

Banksy confirmed he had painted the mural and six others last month in places that were badly affected by heavy fighting after Russia invaded Ukraine in late February.

One of the other murals shows a girl gymnast performing a handstand on a small pile of concrete rubble. Another shows an old man having a bath.

Police published images of the yellow wall in Hostomel, with a large patch cut all the way back to the brickwork.

A number of people were arrested at the scene, they said.