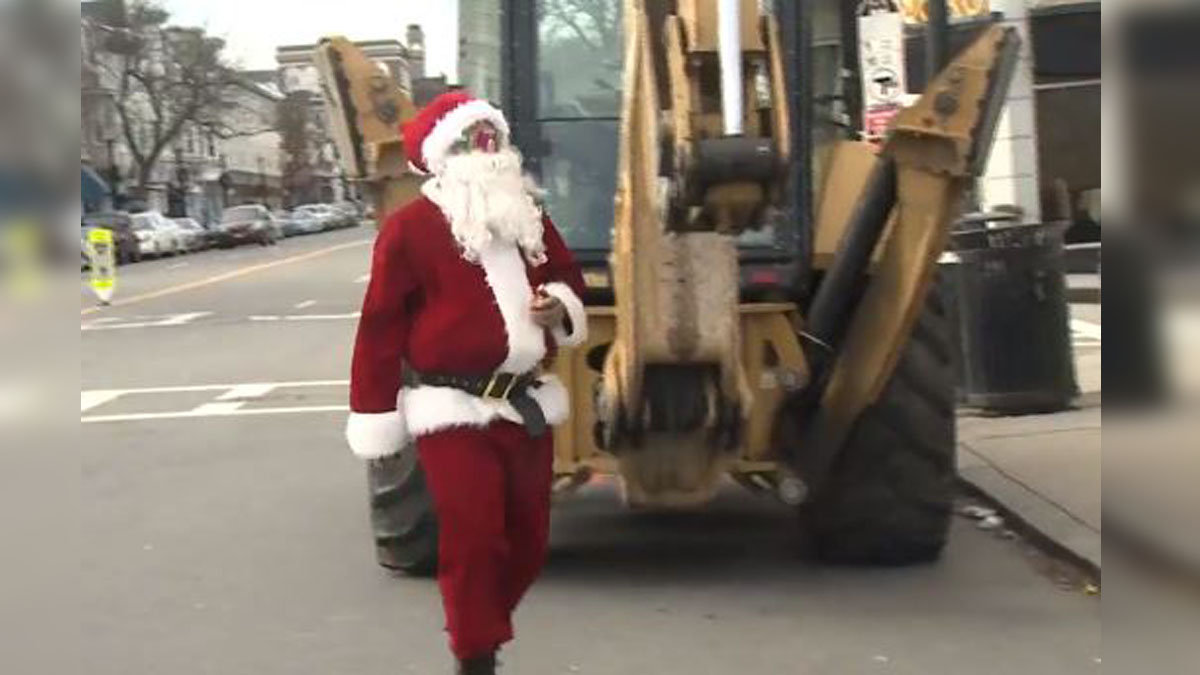 If you see Santa cruising around South Boston, he might be in something bigger than a sleigh.

‘Backhoe Santa,’ Sam Fuller, CEO of the Sound of the Smile Program, is driving his backhoe around the area to raise money for the Salvation Army.

“People love Santa. Everywhere I drive around people just smile and that’s great in its own right but to be raising money for the Salvation Army, it just makes it twice as good,” Foster said.

Click Here to donate to the Backhoe Santa fundraiser.