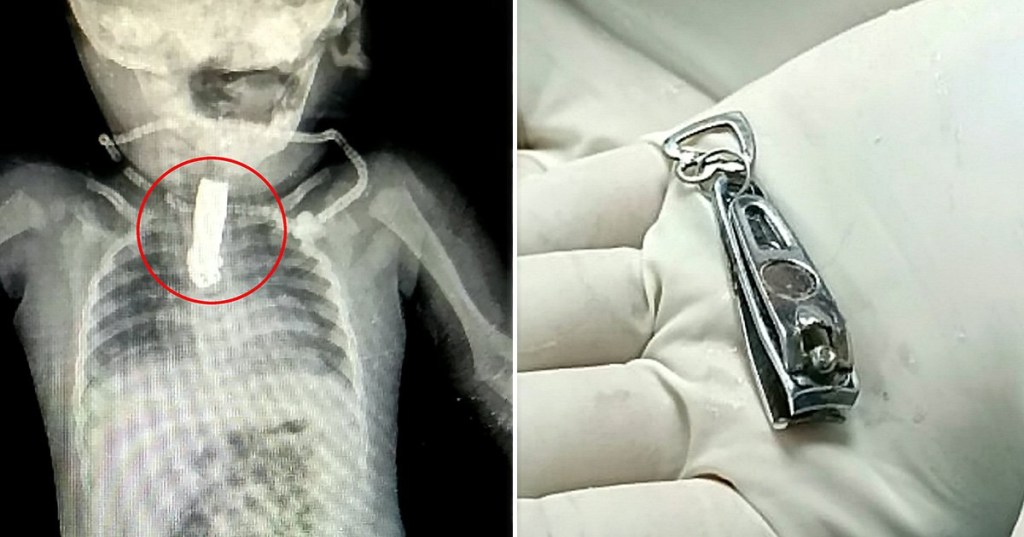 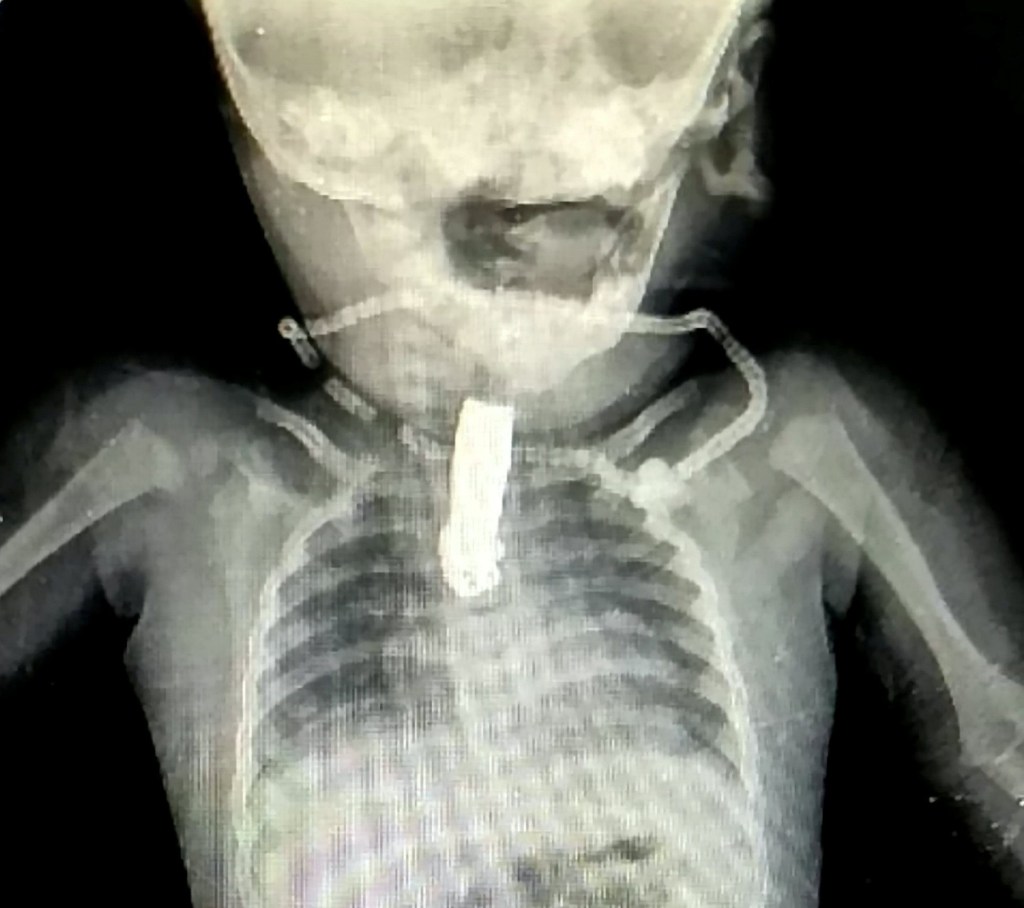 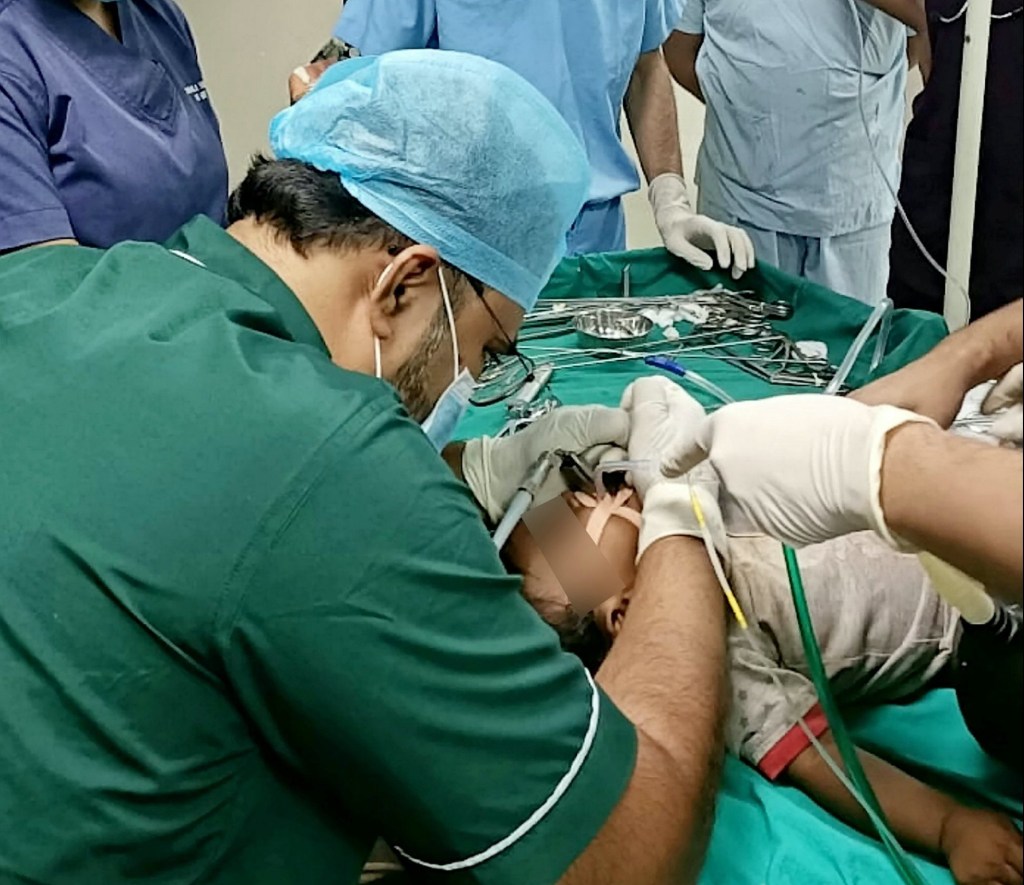 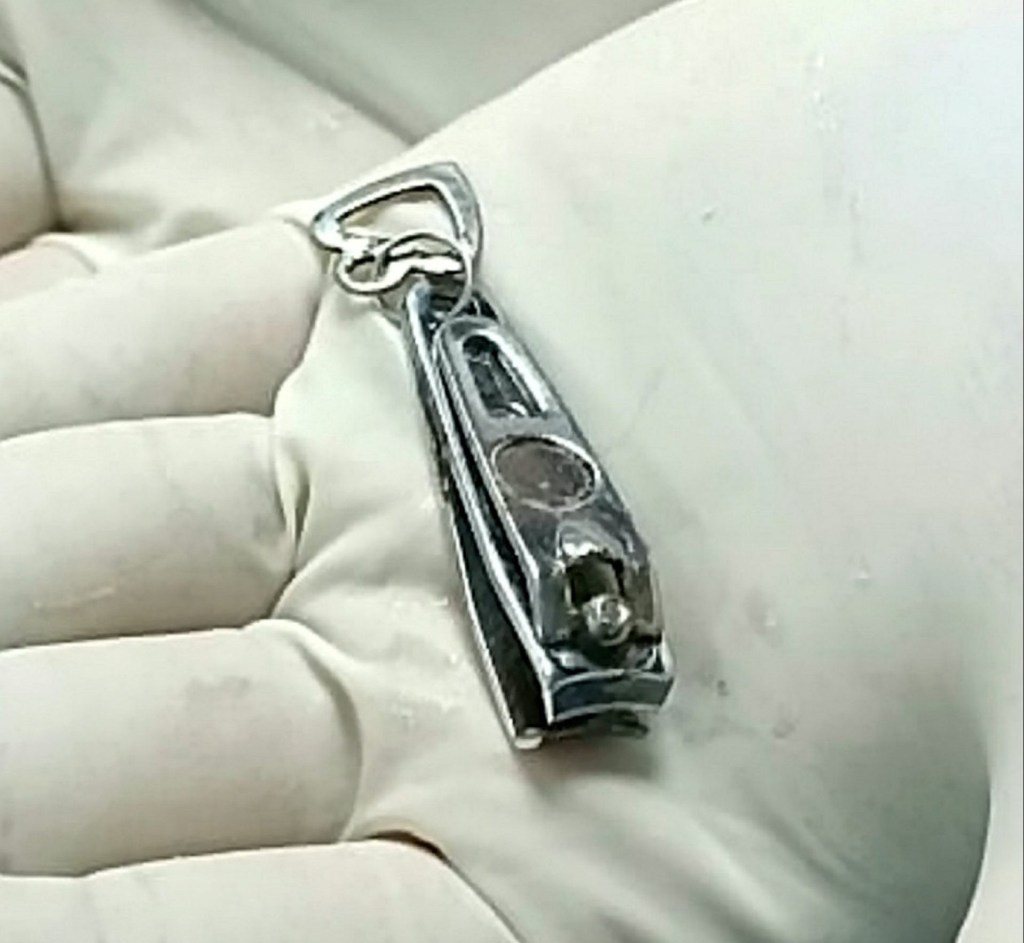 An eight-month-old boy is recovering from surgery to remove a nail clipper stuck in his throat.

The baby was rushed to hospital in Nashik, western India, when his parents saw him play with the two-inch metal cutter and swallow it before they could react.

X-rays revealed the object had become lodged just below the neck, almost completely blocking his passageway.

It’s thought to have travelled far down enough that he could still breathe, but posed a serious danger if it travelled into his stomach.

He was referred to specialists at the Dr. Vasantrao Pawar Medical College, who managed to remove it in an hour-long operation.

Doctors said the child is doing well after the procedure.

Young children can suffer severe injuries if they swallow even very small objects as their intestinal lining is not yet tough enough to pass them through without damage.

Surgeons who extracted 23 magnets from a six-year-old girl in Lewes, Sussex, last year, said the accident could have been ‘fatal’.

She had been playing with them at school before taking them home to try and imitate a TikTok trend in which young people pretend to have piercings on their tongues by placing magnets on either side of them.

The magnets were so strong that they clamped together in her intestines as she swallowed them over the course of a few days.

This caused vomiting and tears in her bowels which were initially diagnosed as appendicitis before doctors identified the magnets through X-rays and rushed her into surgery, which she later recovered from, her mum told the BBC.