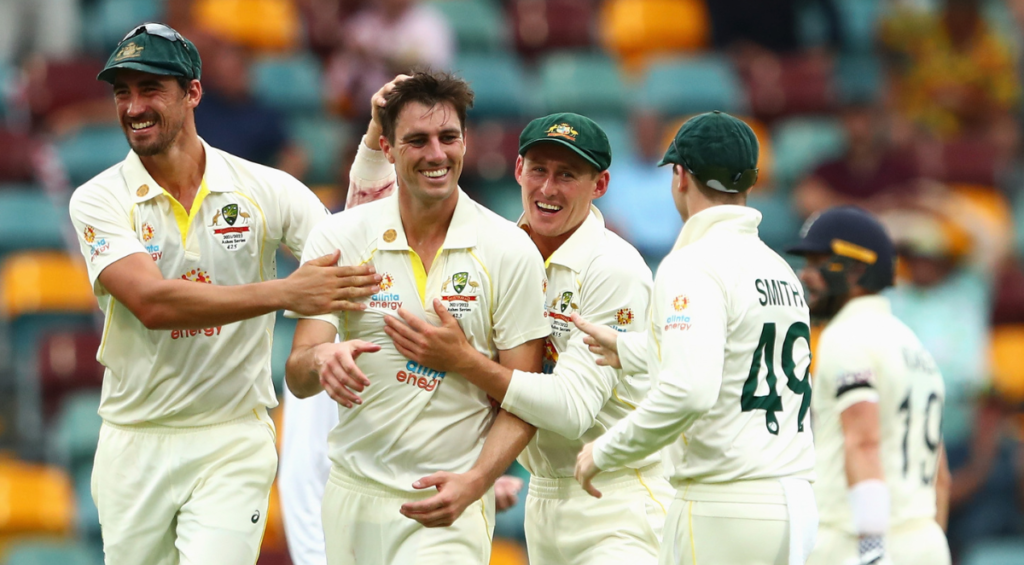 Australia are set to play 13 Tests, 14 ODIs and 8 T20Is between January 2023 and January 2024, including an away Ashes series as well as the 2023 men’s Cricket World Cup in India – below is the full Australia men’s cricket schedule for the next calendar year.

South Africa will play three Test matches in Australia, including the Boxing Day fixture, with the final match after the New Year starting on January 4.

A highly anticipated re-match in the Border-Gavaskar Trophy after India’s historic victory in Australia in 2021. The four match Test series will be followed by three ODIs as both sides prepare for the Cricket World Cup.

A brief three-match ODI series will follow Australia’s tour of India as part of the Cricket World Cup Super League. Australia have already qualified for the tournament, currently sitting third in the table.

Australia are in a good position to make the final of the World Test Championship, currently at the top of the standings. If they do make the final, it will be played at The Oval in June 2023, and will be followed by the Ashes series. Australia haven’t won an Ashes in England since 2001, and will look to go one step further after they retained the Ashes on English soil in 2019, drawing the series 2-2.

Just before heading out to India to warm-up for the Cricket World Cup, Australia will travel to South Africa for a limited overs series. Five ODIs will be followed by three T20Is.

India will host Australia for three ODIs the week before the Cricket World Cup gets underway. Australia will be hoping to regain the title they won in 2015, after losing out in the semi-finals to England in 2019. Following the conclusion of the tournament, Australia will stay in India for a five match T20I series as the focus shifts towards preparation for the 2024 T20 World Cup.

To close out the year, Australia will host Pakistan for a three-match Test series which will continue into the New Year. The hosts will be looking to follow up on their historic away victory in 2022.

The post Australia cricket schedule for 2023: Full list of Test, ODI and T20I fixtures in 2023 appeared first on Wisden.