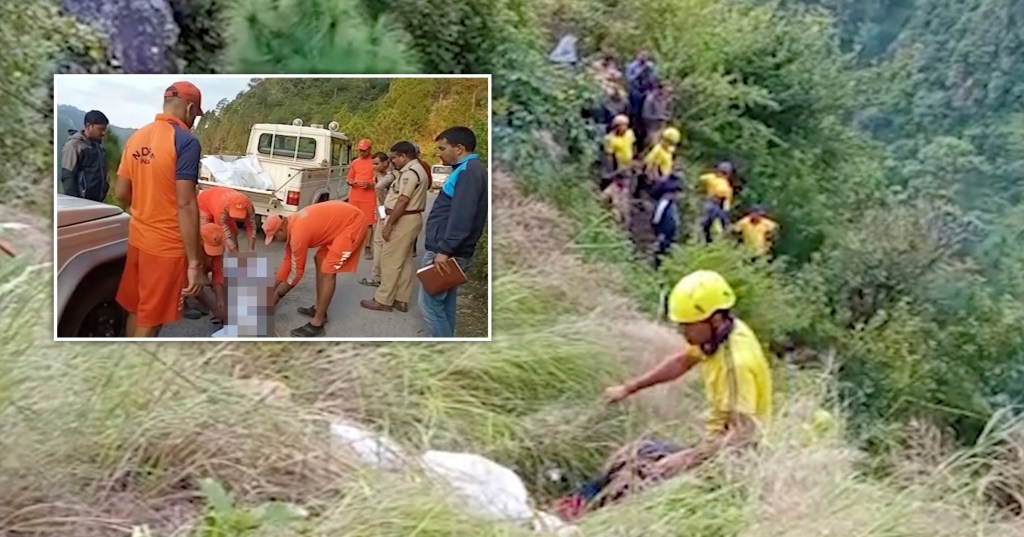 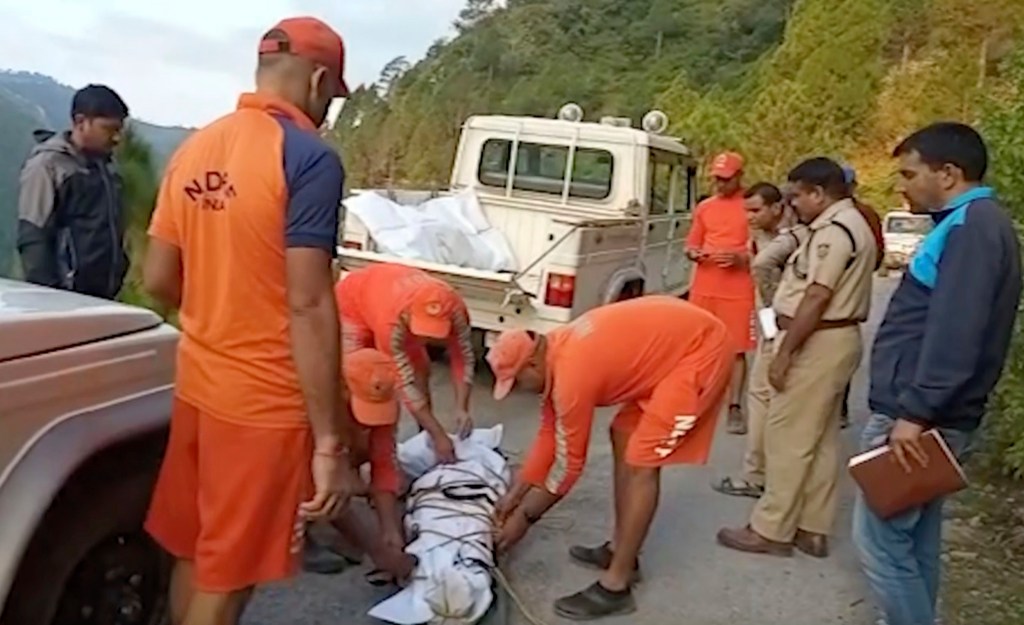 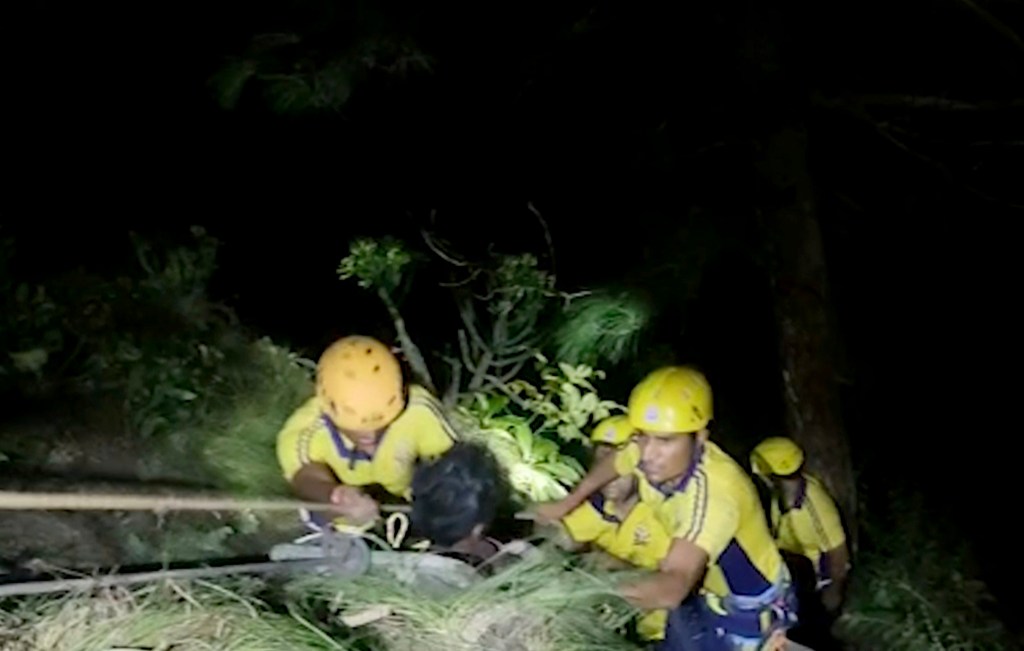 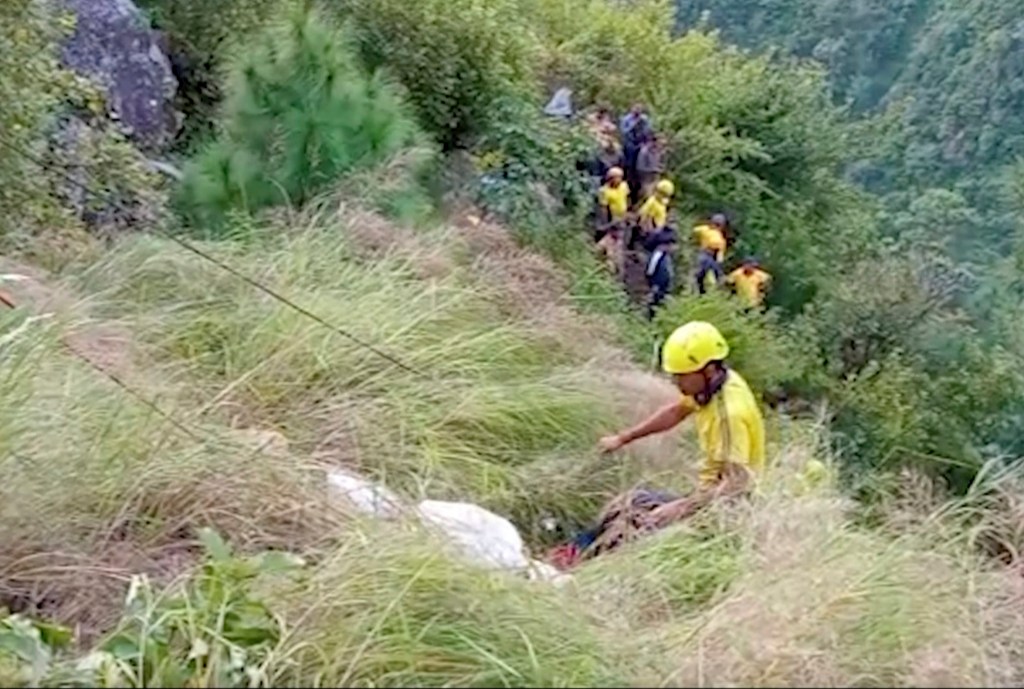 At least 25 people are dead and another 20 injured after a bus plunged into a gorge in India last night.

Around 45 to 50 people, all from a wedding party, are believed to have been on board the vehicle when the vehicle plummeted down the cliff edge in northern Uttarakhand state.

Police told the Press Trust of India that the wedding group crashed into the ravine in Pauri district.

It was not immediately clear what caused the accident.

Police chief Ashok Kumar tweeted that state police and the disaster response force worked alongside locals to rescue 21 people at the site of the crash.

Pictures showed rescuers using climbing equipment to scale the ravine in the darkness.

Officials could be seen removing dead bodies from the scene today and rescuing people last night.

Prime Minister Narendra Modi said all possible assistance will be given to those affected and that rescue operations are still underway.

‘In this tragic hour my thoughts are with the bereaved families’ he tweeted today.

‘I hope those who have been injured recover at the earliest.’

Road safety in India is particularly poor, with more than 110,000 people killed every year in accidents, according to police.

Badly maintained roads, ageing vehicles and reckless driving are blamed for the problems.

There have been a series of other grim accidents in India this year off the roads.

In April, a cable car crashed left two dead and dozens of others stranded for days.

Then, in July, flash flooding devastated a Hindu pilgramage and killed 42 with a mudslide.

Weeks later, lightning strikes killed at least 20 in a day.


MORE : India flies in cheetahs from 5,000 miles away for controversial reintroduction

Mapped: Where Does Our Food Come From?

Banksy mural in Ukraine prised off the wall by thieves