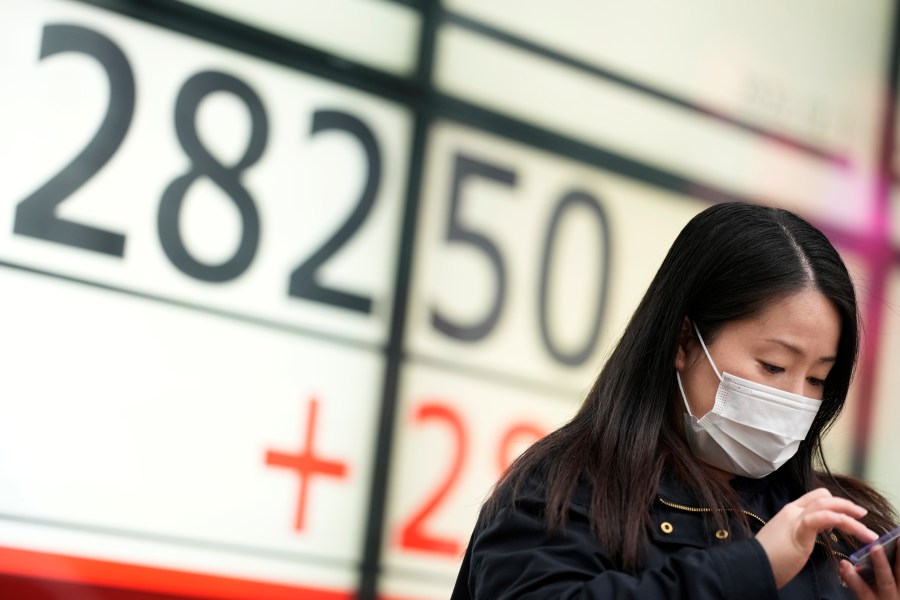 BANGKOK (AP) — Shares advanced in Europe and Asia on Thursday after a rally on Wall Street spurred by the Federal Reserve chair’s comments on easing the pace of interest rate hikes to tame inflation.

Signs that China may be shifting its approach to containing COVID-19 outbreaks to focus more on vaccinations, while some cities have lifted pandemic lockdowns, also helped lift sentiment.

Stocks on Wall Street roared higher Wednesday after Fed Chair Jerome Powell, said in comments at the Brookings Institution that the central bank could begin moderating its pace of rate hikes as soon as December, when its policymaking committee will hold its next meeting.

“We have a risk management balance to strike,” Powell said. “And we think that slowing down (on rate hikes) at this point is a good way to balance the risks.”

“The optimism in the market is that perhaps the worse is over for the U.S. in terms of inflation reading, and the Fed isn’t going to increase the interest aggressively,” Naeem Aslam of Avatrade said in a commentary.

Bangkok’s SET rose 0.8% a day after the central bank raised its key interest rate by a quarter point to 1.25%, aiming to curb inflation.

The stronger gains seen early in Asian trading had faded by the day’s end.

Markets have wobbled all year as the Fed has fought high inflation with aggressive interest rate increases.

“While it could be argued that Jerome Powell’s comments on Wednesday were relatively balanced — slower tightening now but rates high for longer — the last year has proven that anticipating the path of inflation even a short period ahead is incredibly difficult,” Craig Erlam of Oanda said in a commentary.

Powell stressed that the Fed will push rates higher than previously expected and keep them there for an extended period to ensure inflation comes down sufficiently.

“History cautions strongly against prematurely loosening policy,” he said. “We will stay the course until the job is done.”

Wall Street has been hoping that the Fed will slow the scale and pace of its interest rate hikes. It has raised its benchmark interest rate six times since March, driving it to a range of 3.75% to 4%, the highest in 15 years. The goal is to make borrowing more costly and generally slow the economy in order to tame inflation.

Higher mortgage rates have caused home sales to plunge and higher interest rates also have raised costs for most other consumer and business loans.

The economy has been slowing, and many economists expect the U.S. to slip into a recession next year. But there are strong pockets of growth. The government said Wednesday that the economy expanded at a 2.9% annual rate from July through September, an upgrade from its initial estimate.

Investors will get more data Thursday on the employment sector with a report on weekly unemployment claims. The closely watched monthly report on the job market will be released on Friday.

In other trading, U.S. benchmark crude oil lost 12 cents to $80.43 a barrel in electronic trading on the New York Mercantile Exchange. It climbed 3% on Wednesday.

Brent crude, the pricing basis for international trading, shed 14 cents to $86.83 a barrel.