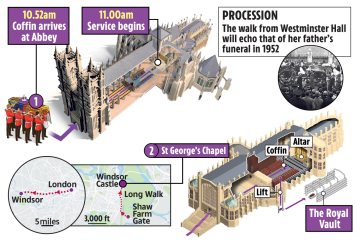 DID you know that you can actually use two Sky TV remotes at the same time?

A TikToker has revealed a clever hack that makes it possible

Two remotes instead of one[/caption]

It’s sure to change how the age old argument over the prized remote ends.

“I also thought you could only have one remote working your Sky box at any one time but you can have more than that,” TikTok user wadesramsey told his 16,000 followers.

One user remarked in the comments: “Having two remotes will cause arguments between me and the wife.

Your Sky remote has THREE hidden hacks you never knew about

So how does the hack work?

Well, if you have one of the touch controls with voice, you need to keep that set to Bluetooth – otherwise the voice feature will no longer work.

With the other controller, you’ll need to turn it to traditional infrared.

In the demonstration, an original Sky Q remote is used.

Most read in Tech news


Mind-blowing iPhone screenshot trick revealed – how have we missed it for YEARS?

It’s easily done by pointing it at your Sky box and pressing the 4 and 6 buttons down.

The remote should blink twice to confirm it’s all set up.

“So now you’ve got two remotes to work one Sky box,” he said.

Why not give it a go and see whether it helps remote wars or makes them worse.