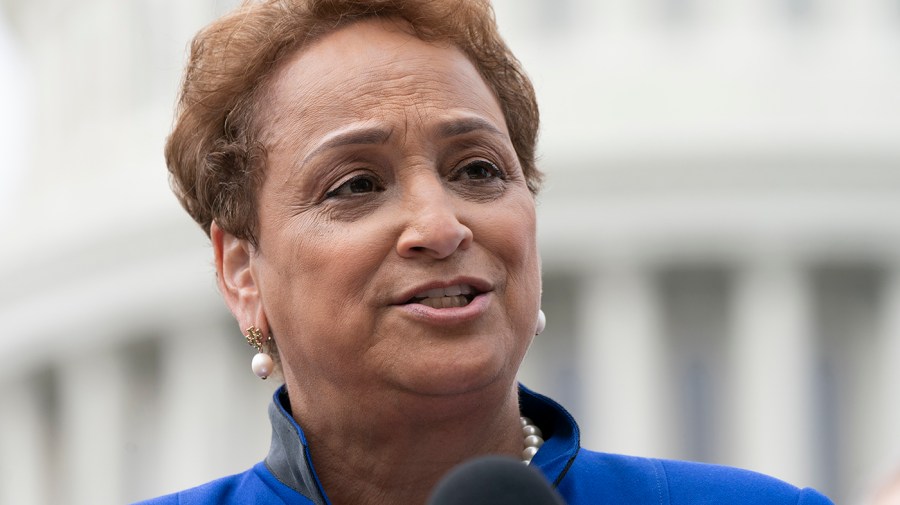 The nation’s largest seniors group is locked in a battle with the pharmaceutical industry over Democrats’ drug pricing overhaul.

AARP is blanketing the airwaves with ads backing the measure to counter drugmakers’ efforts to pressure key Democrats to vote “no” on the measure which would lower prescription drug prices.

It’s also mobilizing its nearly 38 million members to lobby their representatives on the drug pricing plan.

“We’ve been hearing for decades from our members who are struggling to afford their prescription drugs,” said Bill Sweeney, AARP’s senior vice president of government affairs. “We know that pharma has a lot of lobbyists and a lot of money, but we have a lot of people.”

The group says its members have sent more than 8 million calls and emails to lawmakers urging them to lower prescription drug costs. Through the end of this week, AARP is airing a $1 million D.C.-based ad campaign boosting senators who are “standing up to Big Pharma.”

Democrats’ drug pricing plan — which is included in their climate and tax spending package headed for a potential Senate vote this weekend — would empower Medicare to negotiate and ultimately bring down the price of certain popular drugs, prevent huge price hikes and cap out-of-pocket costs for seniors on Medicare at $2,000 per year.

While the plan is weaker than some of Democrats’ previous proposals, it would dent drugmaker profits, dealing a rare blow to the influential industry.

The pharmaceutical industry appears to be fighting back by bankrolling multiple seven-figure ad blitzes aired by advocacy groups that don’t appear to have a connection to drugmakers.

The American Prosperity Alliance, a little-known group that doesn’t disclose its donors, is airing ads falsely claiming that the plan would “strip $300 billion from Medicare.” Another recent ad from the Partnership to Fight Chronic Disease delivers a similar plea to viewers.

Both ads target Sens. Joe Manchin (D-W.Va.), Raphael Warnock (D-Ga.) and Catherine Cortez Masto (D-Nev.). They deviate from the usual industry arguments that the plan would force pharmaceutical firms to reduce investment in research and development, and that it does nothing to crack down on price gouging by insurers or pharmacy benefit managers.

“Now that we’re on the cusp of this passing, I think the drug companies are desperate. I think they’re extremely nervous and they’re throwing the kitchen sink at this,” Sweeney said.

The Pharmaceutical Research and Manufacturers of America (PhRMA), the industry’s top lobbying group, is running a seven-figure ad campaign noting that the industry is developing numerous medicines to treat Alzheimer’s, childhood diabetes and breast cancer.

Some industry-backed ads have angered Senate Democrats, like Cortez Masto, who faces a tough reelection fight this November. She said that the Partnership to Fight Chronic Disease ads prompted hundreds of constituents to call her office with concerns about the drug pricing bill.

“The only one that’s going to benefit from these ads at the end of the day is Big Pharma, because they don’t want their profits cut. So they’re trying to frighten Nevadans and pressure me to vote against a bill that would help my constituents,” Cortez Masto said on the Senate floor last week. “Well, let me just say this: It won’t work.”

The prescription drug plan contains the most popular provisions in the reconciliation package, according to a recent Morning Consult-Politico poll. Roughly three out of four respondents expressed support for the drug pricing measures.

Senate Democrats appear poised to unite behind the drug pricing measure, assuming that the upper chamber’s parliamentarian says that it can be included under budget reconciliation rules, which allow Democrats to bypass the 60-vote legislative filibuster.

Lawmakers say that they’ve leaned on AARP and other interest groups, such as Protect Our Care, which does not disclose its donors, to help build public support for the proposal and defend them from pharmaceutical industry attack ads ahead of a key midterm election.

“You’ve seen the ads. They’re running right now. They’re targeted to the people in this very building who are going to vote because they want them to side with big money and the big lobbyists, and finally we are saying no,” Sen. Amy Klobuchar (D-Minn.) said at a recent press conference with the seniors’ group.

The pharmaceutical industry spends more on lobbying than any other industry, shelling out $187 million through the first half of the year to deploy nearly 1,600 lobbyists, according to research group OpenSecrets. Drugmakers are on pace to break their spending record reached last year.

AARP has spent $6.9 million on lobbying over the same period, on track for its biggest year since 2011.

Other top health sector spenders include insurance giants such as UnitedHealth Group and Blue Cross Blue Shield. UnitedHealth, which partners with AARP to market its Medicare Advantage plans, spent more on lobbying in the first half of 2022 than any prior year.

A recent ad from American Commitment, a conservative advocacy group that has received significant funding from PhRMA, attacks AARP over its partnership with the insurance giant.

“Sen. Manchin, who is AARP really watching out for these days?” read the ad.

The pharmaceutical industry successfully pushed Congress to block Medicare from negotiating drug prices in a 2003 bill to overhaul the health insurance program and has fought hard to protect the provision since.

The chief architect of the Medicare law, former Rep. Billy Tauzin (R-La.), announced the next year that he would retire and become CEO of PhRMA. He earned $11.6 million in his final year at the trade group, a more than 6500 percent increase from his congressional salary.

While most Democrats have cheered their party’s drug pricing plan as a breakthrough victory, some have bemoaned that the latest version doesn’t go as far as previous iterations, suggesting that industry lobbying efforts have left their mark.

Critics point out that price negotiation wouldn’t kick in until 2026 and initially would only cover 10 high-cost prescription drugs, while the out-of-pocket cap wouldn’t take hold until 2025. Democrats’ initial offering from last year would have applied to at least 50 brand-name drugs.

“It’s a weak proposal. Is it better than nothing? I suppose,” Sen. Bernie Sanders (I-Vt.) told reporters last week. “We’re dealing with the power of PhRMA over the Congress. They don’t lose very often.”

The Latino community is facing issues with misinformation on abortions