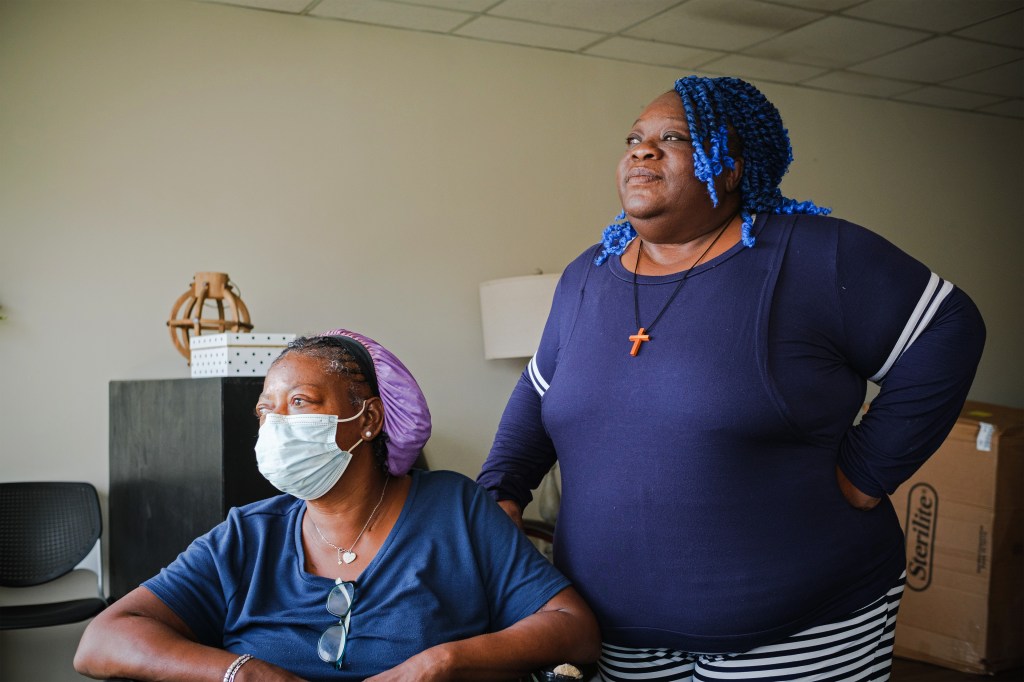 CHARLOTTE, N.C. — After two months of sleeping in the Salvation Army Center of Hope homeless shelter, Margaret Davis has had no luck finding an apartment she can afford.

The 55-year-old grandmother receives about $750 a month from the federal government. She’s trying to live on just $50 cash and $150 in food stamps each month so she can save enough for a place to call home.

Davis is homeless even though she receives funds from the Supplemental Security Income program, a hard-to-get federal benefit that was created nearly 50 years ago to lift out of poverty Americans who are older, blind, or disabled.

Davis’ job options are limited because she gets dialysis treatment three times a week for kidney failure. As she prepared to spend another night in the crowded shelter, she checked her phone to see whether a doctor wanted her to have her left leg amputated.

“My therapist is trying to help me stay positive but sometimes I just want to end this life and start over,” Davis said. 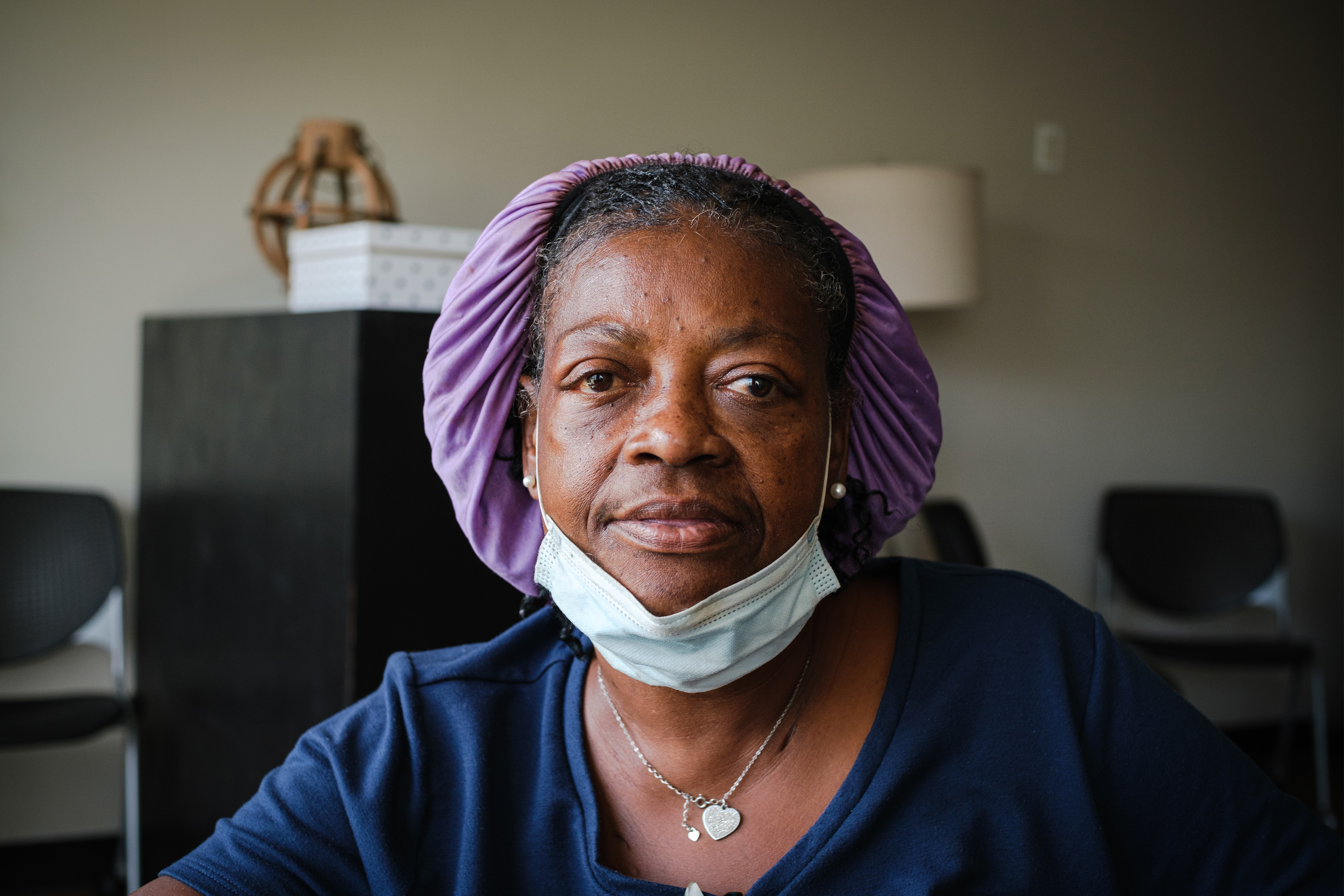 Falling into homelessness is not a new issue for people who receive supplemental income from the Social Security Administration. But moving recipients out of shelters, crime-ridden motels, and tent encampments and into stable housing has been getting harder, according to nonprofit attorneys, advocates for people with disabilities, and academic researchers.

Rapidly rising rents and inflation deserve a share of the blame.

But SSI recipients, activists, and others said the issue underscores for them how the program itself locks millions of people into housing instability and deep poverty even as President Joe Biden promises to fix it.

“We are trapping people in a place where dignity is out of reach,” said Rebecca Vallas, a senior fellow at the Century Foundation, a progressive think tank that conducts research on economic equity. “The program started with good intentions,” she said. “It is hard for me to see this as anything but willful neglect.”

In a country where roughly 1 in 4 residents live with some type of disability, supplemental income is meant to ensure that the most vulnerable can get housing and other basic needs. Most SSI recipients automatically qualify for Medicaid, a joint federal and state program that covers medical costs for people with low incomes.

In addition to people who are blind or who are 65 or older, those who prove they have a medical condition that prevents them from working for at least one year are eligible for a monthly payment from SSI, which maxes out at $841. But there’s a catch that makes seeing a better financial future difficult for people like Davis. The monetary benefit decreases if the person earns more than $85 a month in additional income. And both the income and Medicaid benefits are revoked if the person saves more than $2,000, which critics say discourages people from saving.

The amount that recipients receive has not kept pace with rising rent prices, advocacy groups say.

The amount of money Davis said she gets each month from the program is about $60 more than the maximum amount offered 10 years ago, when she first started receiving the benefit. Yet the average apartment in Charlotte, where Davis lives, now rents for $1,500 a month, about 70% more than it did nearly a decade ago, according to Zumper, which has been tracking rental prices since 2014.

There’s no chance she can afford her dream: an apartment or house in a safe neighborhood where she can spend afternoons crocheting. “I don’t like to talk like this, but I am not sure what’s going to happen to me,” Davis said.

When Congress created SSI in 1972, the legislation promised that recipients “would no longer have to subsist on below-poverty-level incomes.”

Over the past five decades, Congress under both Republican and Democratic leadership has declined to make major changes to the program. The $85 outside income limit, for instance, has never been adjusted to account for inflation.

The Social Security Administration, which oversees the program, did not respond to multiple requests for comment about how the rates are set.

Biden committed to reforming SSI during his 2020 presidential campaign, saying that he would “protect and strengthen economic security for people with disabilities.”

But for seven months, Delisa Williams has been stuck in the same homeless shelter as Davis. Diabetes, hypertension, and osteoporosis have left her body weakened, and the stress of living in the Salvation Army Center of Hope is taking a toll on her mental health.

Williams’ only real chance to get out had been the combined $881 she got each month from SSI and the Social Security Disability Insurance program, which has similar limits and requirements. She quickly realized that would not be enough to afford the rent for most places.

“God will see me through,” she said. “He didn’t bring me this far for nothing.” 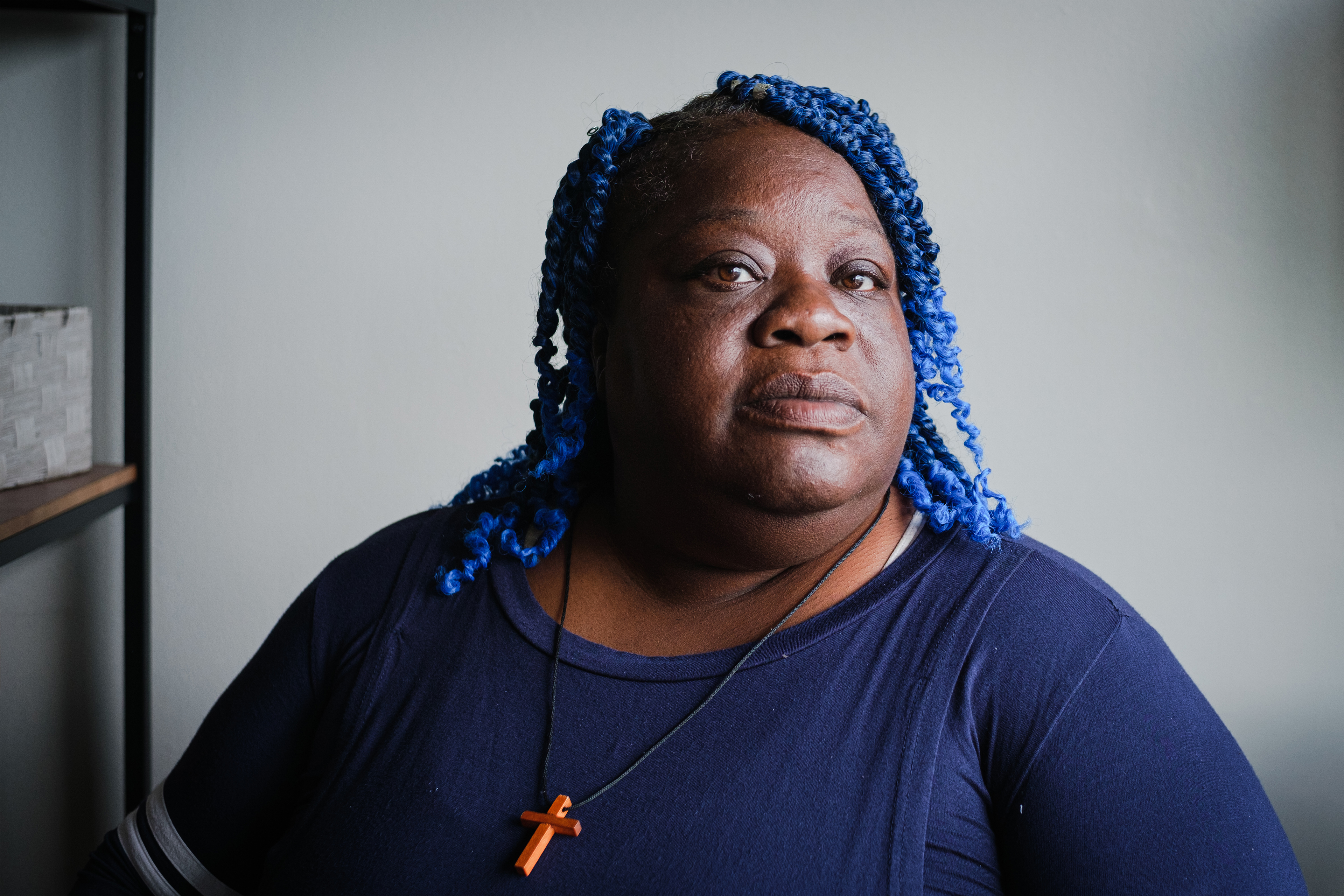 Among developed nations, the United States is one of the hardest places for people to meet the criteria for disability payments, according to the Organization for Economic Cooperation and Development, a global intergovernmental group the U.S. helped create to advance social well-being.

If a person applies for disability income, they can wait months or even years to get benefits. Thousands go broke or die while waiting for help. A data analysis by the U.S. Government Accountability Office found that from 2014 to 2019, about 48,000 people filed for bankruptcy while trying to get a final decision on a disability appeal. The same report said that from 2008 to 2019 more than 100,000 people died waiting.

The situation was made worse during the covid-19 pandemic because the Social Security Administration closed more than 1,200 field offices across the nation and kept them shuttered for roughly two years.

That decision left hundreds of thousands of needy people unable to seek benefits, since phone lines were jammed with calls and the agency provides no way to submit applications online, said David Weaver, a former associate commissioner for research, demonstration, and employment support at the Social Security Administration.

Homeless shelters and other nonprofits often help clients apply for the supplemental income in hopes that the money will help get them a place to live. Rachael Mason, a social worker at the Triune Mercy Center in Greenville, South Carolina, has learned to temper people’s expectations.

“Any time someone shows up and says I want to pursue housing, my heart drops a little bit,” Mason said. “I have to be honest and tell them it could be a year to three years. Even if someone wants to just rent a room in a house, it could take up their entire check.”

As the 50th anniversary of SSI approaches this fall, Congress is deciding whether to make changes to the program.

In an April 2021 letter to Biden and Vice President Kamala Harris, more than 40 lawmakers lobbied them to raise cash benefits above the poverty level, increase the amount of money recipients can save, and eliminate reductions for taking help from loved ones, among other changes. “People with disabilities and older adults receiving SSI represent some of the most marginalized members of our society,” the letter said. “History will not forgive us if we fail to address their needs in the recovery effort.”

A group of Republican and Democratic legislators have now proposed the SSI Savings Penalty Elimination Act, which would raise the asset limit for recipients from $2,000 to $10,000 for individuals and from $3,000 to $20,000 for couples.

Davis, the woman whose leg might be amputated, is trying to remain hopeful. She started seeing a therapist to cope with depression. She stopped smoking to save money for an apartment.

Asked when she might be able to move out of the shelter, she said, “I don’t know.” 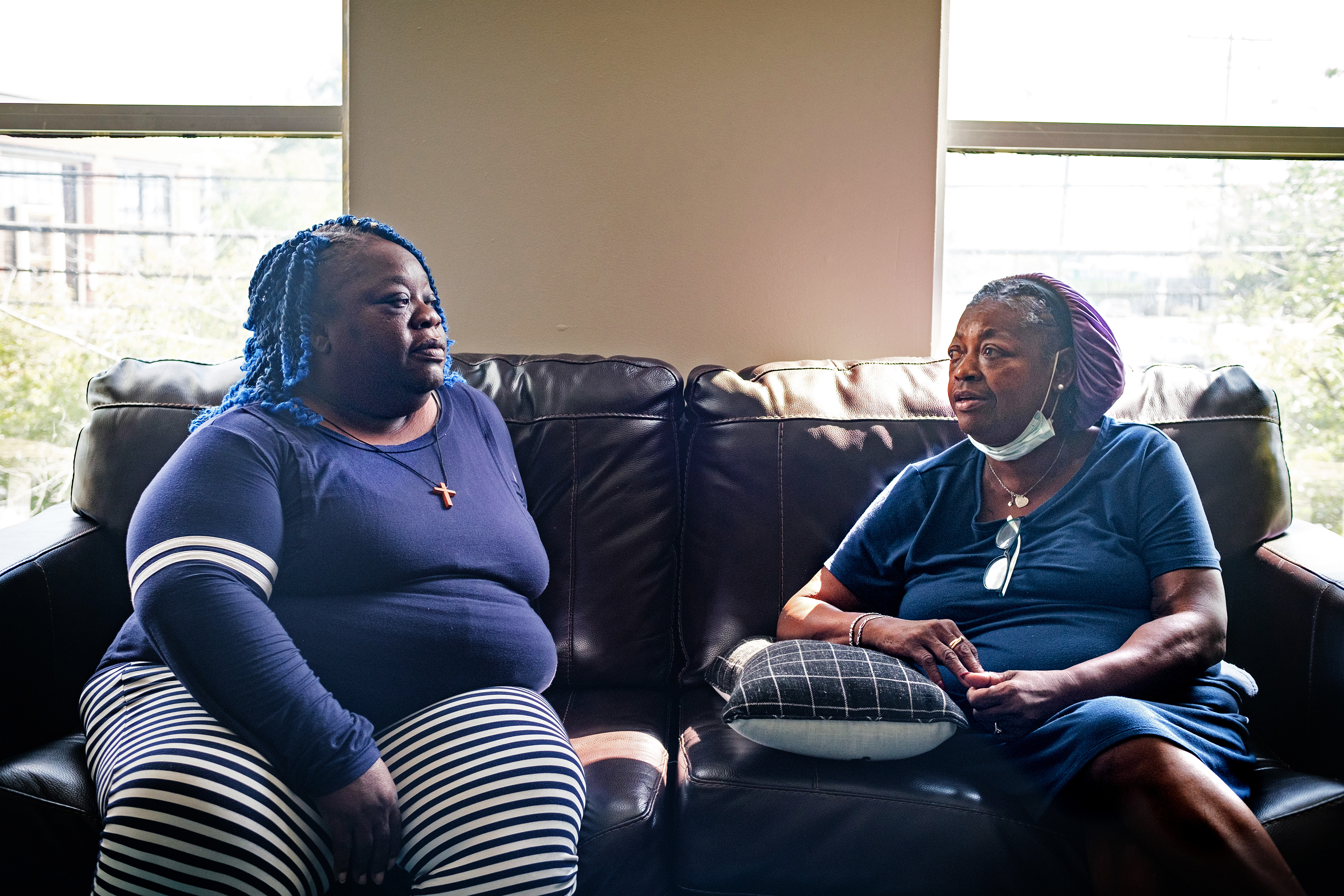