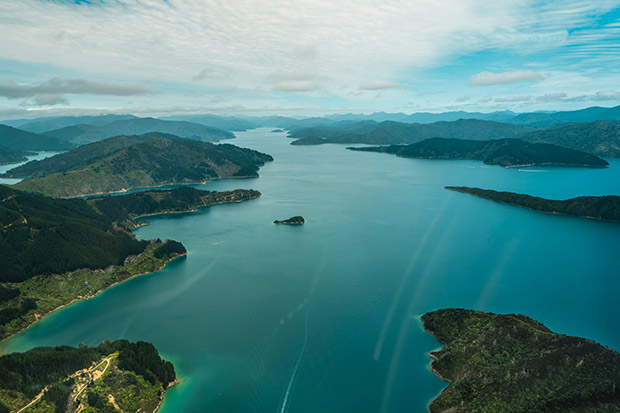 There’s nothing quite like a mosey through Marlborough’s majestic sea-drowned valleys on a gloriously sunny day. Hop on a boat from Picton for an outing on some of the world’s most beautiful waterways.

Legend has it that Kupe chased a giant octopus into the Tory Channel, dispatching the cephalopod in the channel after a furious fight. Captain James Cook entered the Marlborough Sounds from the west, anchoring off the beach at a place he named Ship Cove. He returned on each of his three voyages and stayed here more than anywhere else in New Zealand.

Today, the four sounds dominating this geographical spectacle are known as Queen Charlotte, Kenepuru, Pelorus, and Māhau. Given the remoteness of this jewel, it’s no wonder primary industries such as whaling, forestry and farming have historically kept locals afloat. However, much like the valleys overcome by seawater, most have yielded in time to the economic darlings of the Sounds: tourism and fisheries (namely, mussels and salmon).

The region’s distinct beauty is the result of shifting tectonic plates and rising sea levels which, over time, encouraged the mountainous landscape to crumple in and sink towards the Cook Strait. The surrounding valley floors eventually succumbed to seawater, forming a complex network of bays, inlets and islands.

Luckily, even the time-poor traveler can experience its greater vastness. Day trips, many starting at Picton Marina (a 30-minute drive from Blenheim), are as varied as the waterways themselves. 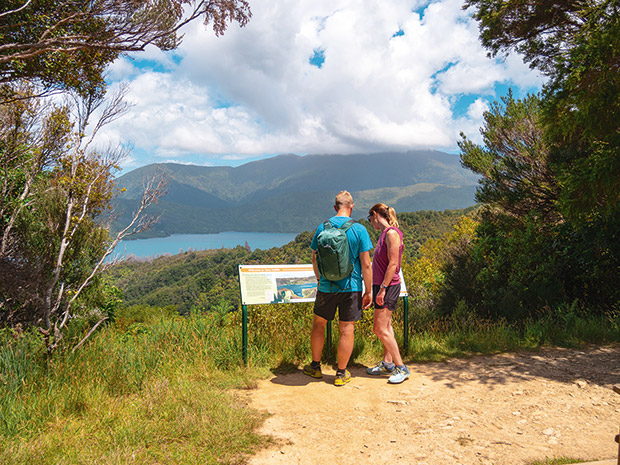 Arguably one of Aotearoa’s most glorious walks, the Queen Charlotte Track winds its way through pristine native forest, around bays and across saddles for a whopping 73 kilometres. That’s not to say this four-day track can’t be tasted in a single day. It is conveniently sectioned into day and half-day walks, many parts accessible by boat, and is an excellent option for the moderately fit walker who likes to take it easy, travel light and finish the day with a glass of wine. 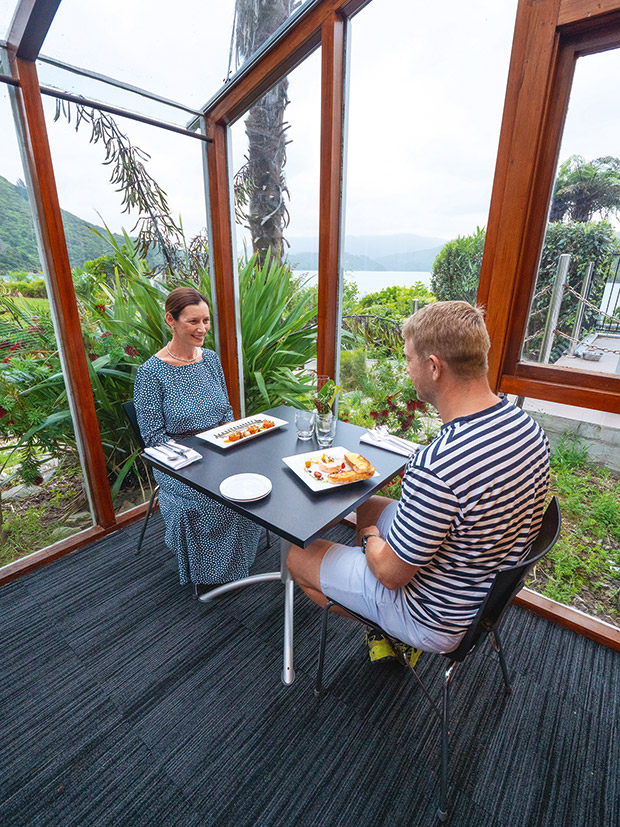 Kenepuru can be accessed from Picton by boat to Tōrea Jetty, crossing the Tōrea Saddle. A remote location most fitting for a peek at Kenepuru Sound is The Portgage (theportage.co.nz), a hotel, restaurant and bar that is practically a destination in itself (open from 1 October). Is there anything more Marlborough than sipping a sauvignon blanc with a painting-like view of Kenepuru Sound? Indubitably not. For those seeking adventure, kayaks and stand-up paddleboards can be hired by the hour from the hotel. There are also short walks nearby, as well as the Queen Charlotte Track, a 10-minute walk away.

Getting there: Beachcomber Cruises (beachcombercruises.co.nz) operates water taxis between Picton and Tōrea Jetty, including a car transfer to The Portgage (available by reservation only). When Captain James Cook first dropped anchor in New Zealand, the native birds’ dawn chorus was described as “deafening”. There’s no muting the native birdsong on Motuara Island, a DOC-run bird sanctuary that has been pest-free since the 1990s.

Located at the north entrance of Queen Charlotte Sound, it can be toured in less than a few hours, including a stop at the bird-viewing station and an 800-metre (one-way) jaunt via several lookouts to the highest point of the island.

Getting there: Several operators run cruises and tours departing from Picton, including Beachcomber Cruises, Cougar Line and E-ko Wildlife Tours (e-ko.nz) — the latter offering a cruise that includes afternoon dolphin-watching.

4. PICNICKING IN THE SOUNDS 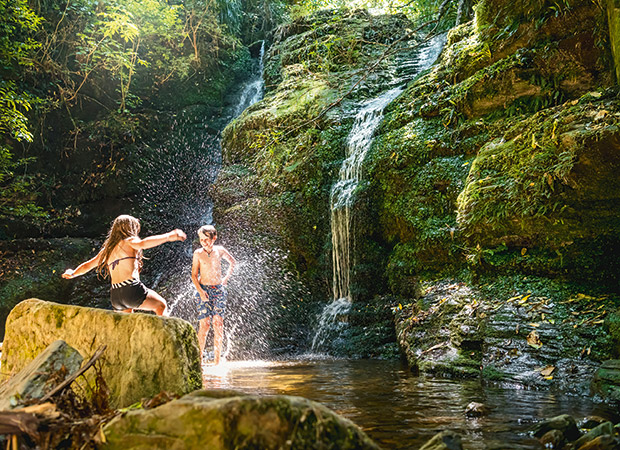 Almost all coves and grassy headlands are picnic-perfect in the Sounds. A spectacular spot is Governors Bay on Queen Charlotte Drive, just out of Picton. Its clear blue waters, deep-green backdrop and sandy margin look gorgeous from the road above, and there is a track leading down to the beach. It’s easily reached by kayak. Make a day of it and take Cougar Line’s picnic cruise to Ship Cove (above), which is accessible only by boat. The bush reserve behind the beach is well-maintained, and there’s a bridge over the stream where Captain Cook replenished his water supplies on his three voyages into the Sounds. The white memorial on the shore tells the Pākehā story of discovery, and the carved pouwhenua depicts the Māori legend of Kupe and the octopus.

Getting there: Cougar Line’s picnic cruise leaves Picton at 8am and 10am and returns at 4.30pm. The exact times depend on the month. Soaring through the Sounds’ shimmering waterways by boat is a choose-your-own-adventure day trip. Don’t feel like playing tourist? Join a rural postie on Beachcomber’s mail-boat cruise to, well, deliver mail. The daily mail run is the best-value way to explore the bays and coves of Queen Charlotte Sound by water. Pick a calm day, pack a sandwich, and sit on the top deck. Another option is the Sounds Nature Cruise (Marlborough Tour Company, marlboroughtourcompany.co.nz), a family-friendly outing with stops including Kaipupu Wildlife Sanctuary, the opportunity to take a 2.7-kilometre bush walk, and some fish-feeding at the sheltered Double Cove marine reserve.

Those holidayers who define peak holidaying as sipping wine and long-lunching can have all that, with views that double as dessert. Cougar Line operates day trips to the century-old homestead Furneaux Lodge or Punga Cove’s jetty-side Boatshed Café & Bar. For more, visit marlboroughnz.com

The post 5 ways to soak up the Marlborough Sounds in a day appeared first on thisNZlife.