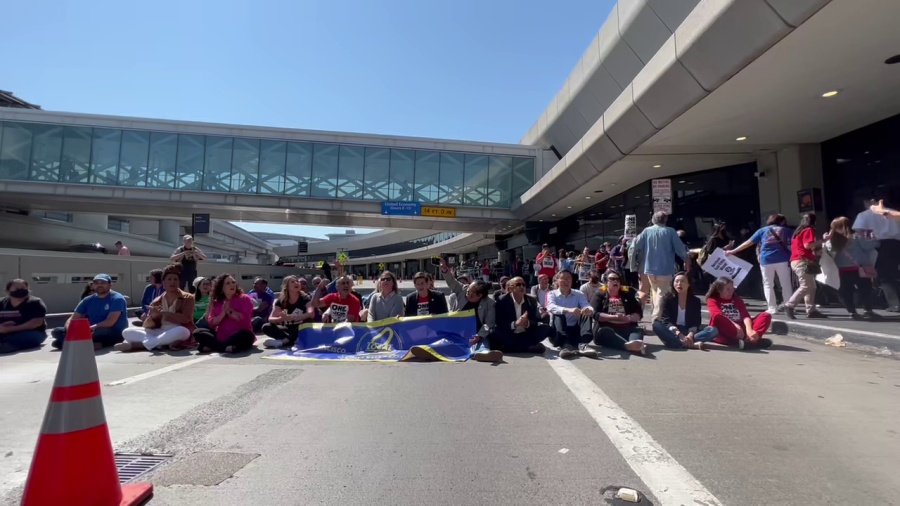 Forty-one people were arrested Friday at San Francisco International Airport as airport fast food workers protested their wages, according to Unite Here, the union that represents many SFO workers. The protesters sat on the airport road outside Terminal 3, blocking traffic.

Hundreds of workers and supporters showed up to join in the protest, chanting and forming picket lines. Politicians such as State Senator Josh Becker and Assemblymember Ash Kalra were also at the protest.

Most fast food workers at SFO make $17.05 per hour according to the union, which is less than many meals cost at the airport. Some workers said they have not had a raise in three years and have to work multiple jobs to make ends meet.

“I have to work two jobs to support my family, and I’m exhausted from living on four hours of sleep a day,” said Lucinda To, a lounge attendant at the United Club and a server at Cat Cora’s Kitchen at SFO. “I’m making $16.99 per hour even though a meal at the airport costs at least $20. I hope this protest will show people that workers at SFO need a change, and we are ready to strike for it.”

Workers are also negotiating for affordable health care and secure retirement, which the union said are key issues.

The workers union has said it is prepared to strike for better jobs and said a strike could happen at any time.