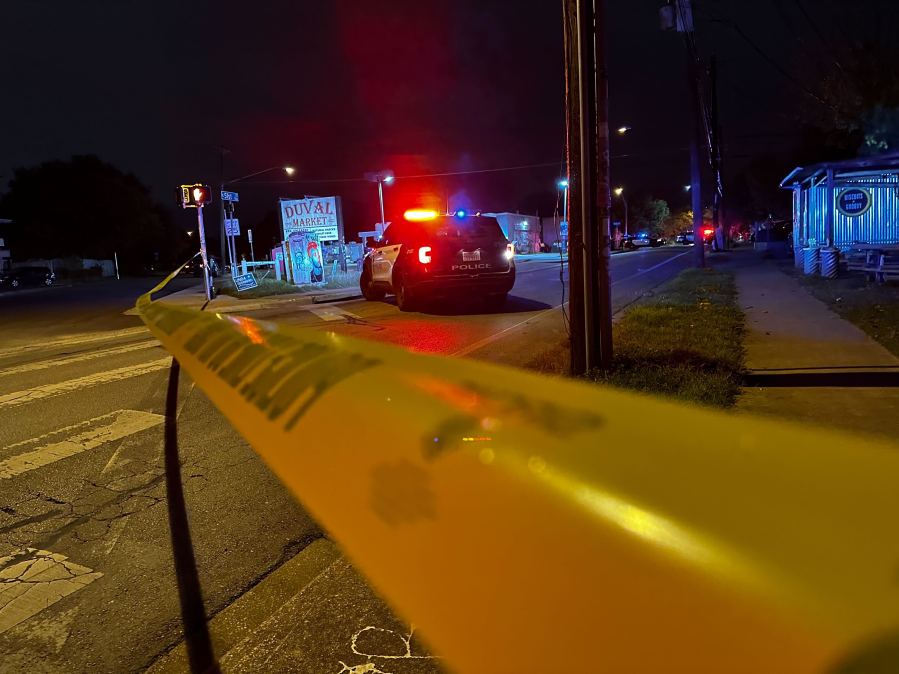 AUSTIN (KXAN) — A person died after a vehicle crashed into a fence in a north Austin neighborhood Saturday night.

Austin-Travis County EMS said medics and Austin Fire Department personnel responded to 5014 Martin Avenue, along East 51st Street between Duval Street and Airport Boulevard, at 8:52 p.m. One of the people involved in the wreck was pinned in the vehicle when medics arrived, and that person later died.

A second person was thought to have just minor injuries, but an update about 20 minutes later said that person went to Dell Seton Medical Center with potentially serious injuries.

Expect street closures in the area until Austin police clear the scene.